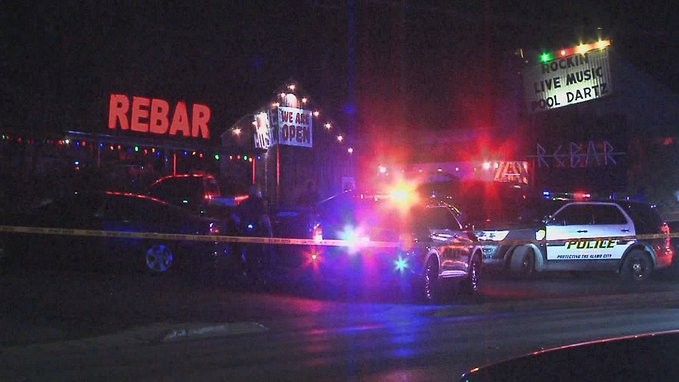 San Antonio police are searching for a man who injured eight people when he shot up a North Side bar Friday night.

The incident happened in the parking lot of a popular DJ spot Rebar at the 8000 block of Broadway around 11:30 p.m., according to multiple news reports.

The suspected shooter, who claimed to be a UFC fighter from California, was denied entry along with several friends because he was intoxicated, police say. The man then retrieved a rifle from his vehicle and opened fire.

Five women and three men, ages 23 to 41, were wounded in the incident, according to a KSAT report. Six were transported to hospitals, but two people who were grazed by bullets declined.

“They are all in stable condition, the most serious was someone was hit in the back,” SAPD Chief William McManus told the TV station.

Police are looking for the suspect, who was drinking at another nearby bar with three or four people prior to the shooting. Authorities are reviewing surveillance footage for additional clues.