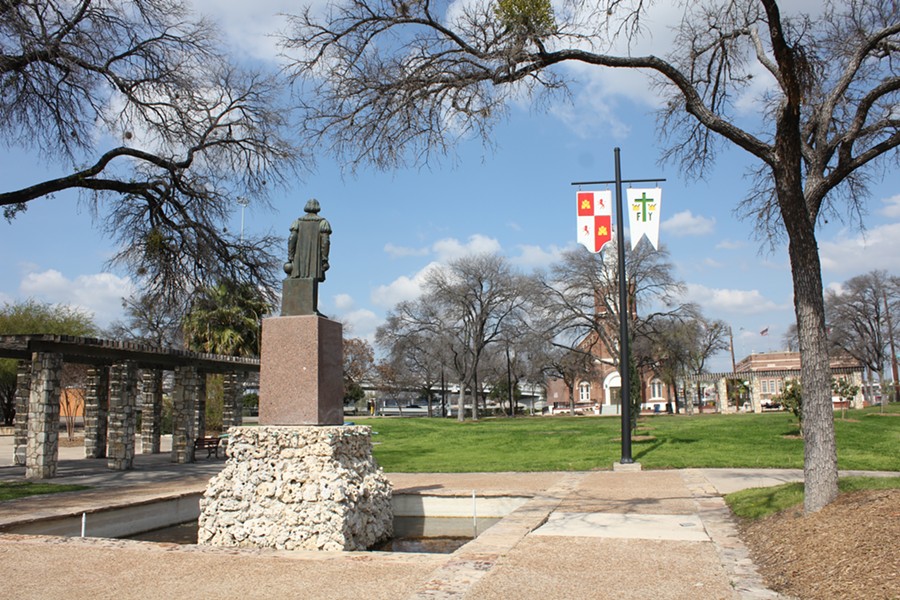 As ongoing protests force tough conversations about the nation's legacy of racism, Councilman Robert Treviño has asked that San Antonio return the Christopher Columbus statue in a downtown park to the group that donated it.

Treviño, whose district includes the park, filed a request Wednesday for council's governance committee to consider changing the name of the space from Columbus Park to Piazza Italia and to replace the statue with a plaque honoring Italian immigrants.

As more people become aware of the famed explorer's part in enslaving and killing the continent's original inhabitants, cities including San Antonio have dropped Columbus Day celebrations in favor of those honoring indigenous peoples. Statues of the historical figure have also become a flashpoint during recent protests for racial justice.

In his request, Treviño said the Christopher Columbus Italian Society, which donated the statue in 1957, has approved its removal and return.

"This is, I think, setting a good example of how everybody working together in our community in a spirit of healing can take the right steps and make sure to move our city forward, to do thoughtful gestures that are considerate to others," Treviño told KSAT.

Treviño, along with former councilman Cruz Shaw, initiated the successful 2017 vote to remove the Confederate monument from Travis Park.

Treviño also told the station that he asked Mayor Ron Nirenberg to fast-track the proposal so it could be voted on as early as Thursday, June 25.

The society was formed in the late 1800s to assist Italian immigrants as they adjusted to a new life in the United States.