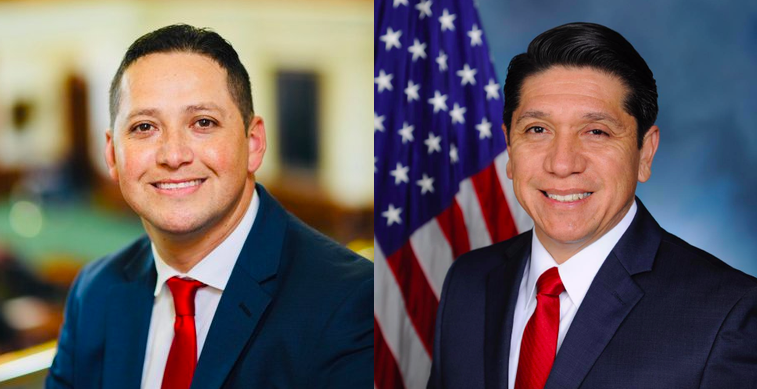 Political contests can get ugly, even between members of the same party.

Case in point: the race between Tony Gonzales and Raul Reyes Jr. to decide which will represent the GOP this fall for the hotly contested 23rd District seat being vacated by fellow Republican U.S. Rep. Will Hurd.

As early voting gets underway, the two candidates — both of whom have made great efforts to position themselves as dyed-in-the-wool Trumpers — have lobbed accusations of wrongdoing at each other, ranging from violating federal campaign law to being fired from a job for ethics violations.

Evidence of the animosity was already apparent last October, when Gonzales' mother filed a report with the San Antonio Police Department accusing a Reyes campaign associate of spying on her son.

The winner of the July 14 runoff will face Democrat Gina Ortiz Jones in a November matchup to represent a district including San Antonio and a long swath of the U.S.-Mexico border. The district has frequently flipped between red and blue, and Jones lost to Hurd in 2018 by fewer than 1,000 votes.

Gonzales is a former Navy master chief petty officer, while Reyes served in the Air Force as a lieutenant colonel. Ortiz Jones also served in the military as an Air Force intelligence officer.

According to an October 19 SAPD report, Gonzales' mother, Rachel Pena, told officers that her son's wife confronted Janet Knutson, a member of the Reyes' team, outside of their house as she took photographs of Gonzales' and Pena's cars.

“[Pena] stated that they are moving to a new home within the next few days, but wanted to report the incident as they found it alarming,” according to the report.

Pena also told SAPD that Reyes had falsely accused her son of violating the Hatch Act, which limits political activities of federal employees, and used social media to deride him as a RHINO, or Republican in name only.

The war of words seems to have amped up since then. Gonzales recently circulated a mailer saying Reyes had been fired from a job at Southwest Texas Junior College over ethical lapses — a claim Reyes denies.

Another complication entered the campaign last month when political consultant Phil Ricks sued Gonzales in Bexar County District Court, accusing the candidate of stiffing him on $11,500 worth of campaign work.

That suit also highlighted the tension between the two candidates' camps.

"Frankly, [Ricks'] performance did not meet expectations. He was never offered a job, and there was never a contract with the campaign," Gonzales spokesman Matt Mackowiak told the Current via email. He is now a paid campaign staffer for our opponent. This lawsuit has no merit whatsoever.”

Frank Lopez Jr., Reyes' campaign manager, denied that Ricks had ever been on its payroll. However, he declined to say whether the consultant had conducted volunteer work.