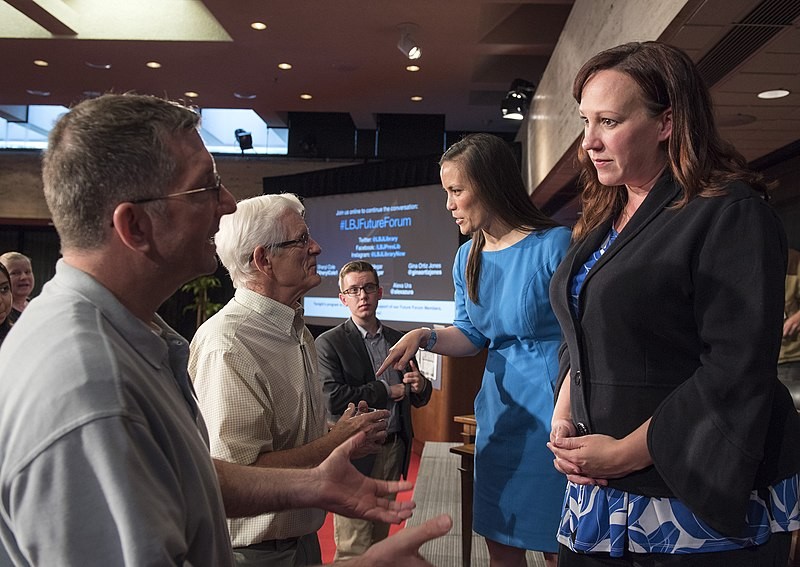 If it seems like Democratic U.S. Senate candidate MJ Hegar is all over your television set, it's not your imagination.

The former Air Force helicopter pilot has landed $2 million in ad buys from the Democratic Senatorial Campaign Committee, reproductive-rights group EMILY’s List and her own campaign, the Texas Tribune reports.

The blitz comes a week ahead of the July 14 primary runoff in which Hegar will face State Sen. Royce West of Dallas. The influx of cash has allowed her to outspend her opponent 85 to 1 on advertising, according to the Tribune's analysis.

The pair are in a contest to take on U.S. Sen. John Cornyn, a three-term Republican incumbent. And Cornyn has apparently taken note of Hegar's TV ubiquity.

On Tuesday, his campaign announced plans to outlay "nearly" six figures on radio spots in San Antonio and other big Texas cities that blast West for being too liberal and Hegar for being too vague on policy matters, the Tribune reports.

Expect more ads to flood the airwaves as we count down to November, especially if Hegar lands the nomination. Cornyn has assembled a reelection war chest of $12.9 million, and Dems have pledged a multimillion-dollar fight to bring him down.