As Texas Morgues Fill Up, Refrigerator Trucks Are on the Way in Several Counties 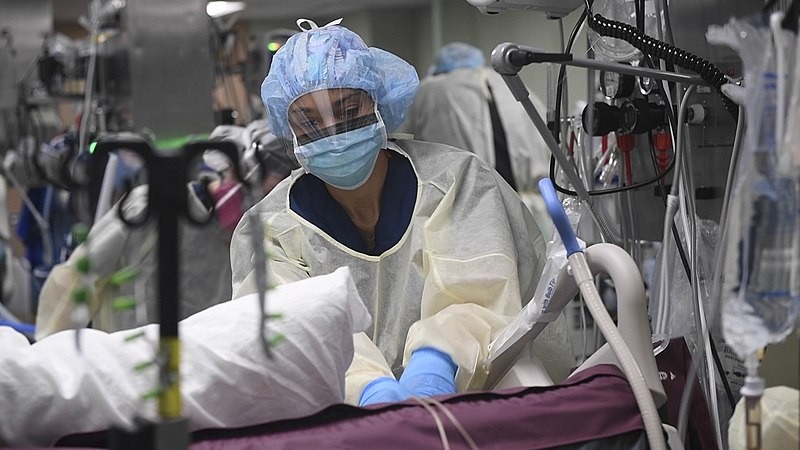 As Texas continues a weeks-long streak of setting grim coronavirus records, the most somber one was reached Friday: The virus has killed 3,013 people, according to the Department of State Health Services.

Among the recent deaths were a Northeast Baptist Hospital patient in San Antonio who was in his 30s, a Grand Prairie man in his 40s, a Garland woman in her 60s who had no underlying conditions, a 73-year-old man who was about to go homefrom a prison rehabilitation program and a baby boy in Corpus Christi who wasn’t 6 months old yet.

Their deaths come as counties prepare for a surge in fatalities, some by requesting trailers to expand their hospital and county morgue capacities.

"That's why we're asking people to wear face masks," Nueces County Judge Barbara Canales told NBC-affiliated KRIS-TV. "I am now having to order additional body bags and morgue trailers. People have to understand how real it is."

In that county, which includes the city of Corpus Christi, the morgue is already full. County medical examiner Dr. Adel Shaker has requested an extra morgue trailer, provided by FEMA to local authorities. The refrigerated truck has a temperature-control system and can accommodate up to 40 more bodies, adding to the current 12-body capacity located inside the morgue building itself.

“We have seen very few deaths for the first few months of the pandemic, so the FEMA trailer was placed in another city. But the need is here now,” he said.

Unlike other states, Texas does not publicly report probable coronavirus deaths, which means patients who have died without testing positive for COVID-19 could go uncounted. More Houston residents are also dying at home before they can make it to a hospital. That means the death toll is likely higher than the state’s official count.

Nearly 40% of Texas’ fatalities were residents of long-term care facilities, such as nursing homes or assisted living facilities. Other hotspots include prisons and meatpacking plants.

The death rate is a lagging indicator and has not yet followed the same steep curve as new cases and hospitalizations, but experts warn the worst could come. On average over the past week, 63 people have died daily, with a peak of 105 people on Thursday. The week prior, on July 3, this 7-day average was 35.

Austin and Travis County are “in the process of procuring a refrigerated truck to face the surge in COVID-19 deaths,” Travis County public information officer Hector Nieto said.

The mobile morgue will be placed where there “is space for it” and where it is needed the most, whether closer to hospitals or to the county morgue. Nieto could not confirm when the unit will arrive.

“Our hope is we never have to use it,” he told the newspaper.

Hidalgo County also said on Friday that they will share a refrigerated FEMA trailer with neighboring Cameron County.

“I’m going to let them take this one, because they are in dire need," Ricardo Saldaña, Hidalgo County emergency management coordinator, said.

People who die in hospitals or in nursing homes under a doctor’s care don’t usually go through the medical examiner’s office and will not go to the county morgue.

In Houston, a spokeswoman at the Harris County Institute of Forensic Sciences insisted that no extra capacity is needed at the county morgue right now. But individual hospitals are also counting on refrigerated trucks to expand their morgue’s capacity. HCA Healthcare Northwest confirmed to the Houston Chronicle that a refrigerated trailer is being used as temporary storage before the transfer from the hospital to funeral homes.

Williamson County had assembled a mobile morgue to be prepared, but it was returned to its vendor around June 1, given that the county has not seen large volumes of deaths in a short period of time. Their capacity is currently 50 bodies, between hospitals, funeral homes and the county morgue. A mobile unit “would be quite easy to add,” if the toll gets dire, county Judge Bill Gravell said.

Gravell also said such preparations are “the part of the story no one wants to talk about.”

“It’s difficult, complicated and incredibly painful for families,” he said.