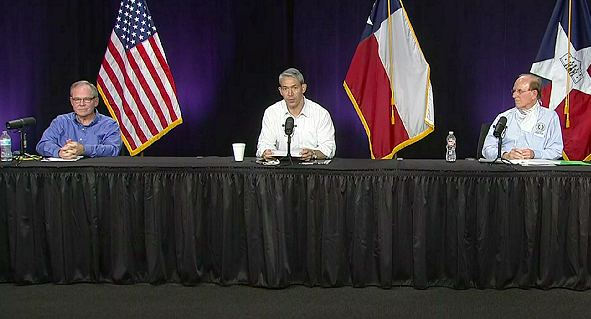 Bexar County's number of COVID-19 passed the 20,000 mark Monday as local officials warned that they may need to store the dead in refrigerated trucks, a morbid scene witnessed in New York during the early days of the pandemic.

Local health officials reported 11 new COVID-19 deaths during a Monday evening briefing, including five people who died in their homes.

During the briefing, Christus Health South Texas Chief Medical Officer Ken Davis warned that hospitals are running out of space to house people who die under their care.

Monday's tally of 20,213 San Antonio-area infections included 565 new cases, pushing local hospitals to bring on nurses from outside the city to care for a rising stream of patients.

“We are nowhere near the sustained decline in new COVID cases,” Nirenberg said.