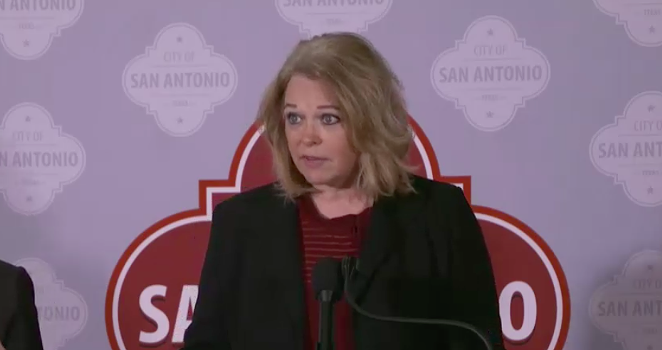 Documents obtained by local media paint a picture of an escalating conflict between former Metro Health Director Dawn Emerick and her direct supervisor prior to her surprise June 25 resignation.

The memo also laid out concerns from Bridger that Emerick was insubordinate and had been hostile and rude to staffers.

“If the problems were simply her inability to get along with people who disagree with her, we could try to get her a coach and do team building, etc.,” Bridger wrote in the June 24 email obtained by the daily. “However, there is also a glaring deficit in her ability to understand and explain epidemiology and basic public health science.”

Emerick's departure just six months into her tenure made statewide headlines since came as the area grappled with a steep upsurge in COVID-19 infections.

KSAT and the Rivard Report also obtained and reported on the same correspondence Bridger had with city HR officials.

Both the TV station and the daily also obtained a separate June 20 email Emerick sent to the HR director in which she said she'd requested that Bridger bring in a third-party mediator to smooth over their conflict. However, in the email, Emerick said Bridger declined that request.

“Our working and professional relationship has become mutually fractured, broken and unproductive,” Emerick wrote in the email.

Bridger has since stepped in as interim Metro Health director.

At the time of her resignation, Emerick said her decision to step down was partially influenced by the Black Lives Matter movement. However, she later said she'd butted heads with the city over its refusal to innovate.