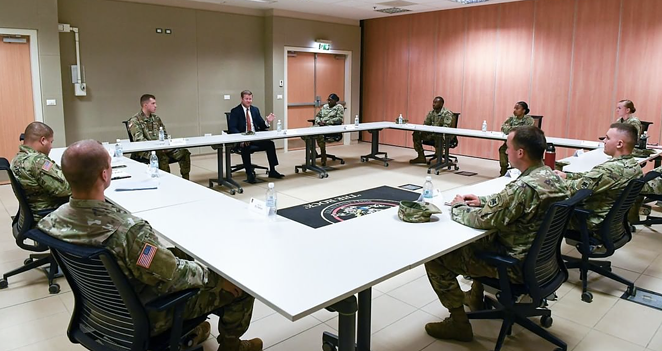 Secretary of the Army Ryan McCarthy visited Fort Hood Thursday to speak with military leadership about the recent rash of violence at the installation, and his resulting plan to deploy a group of outside investigators to attempt to understand the root cause of the incidents, KSAT reports.

Fort Hood has the most reported sexual assaults, sexual harassment cases and killings of any base in the military branch, McCarthy said in a news conference Thursday.

As far as crime goes, he added, "the numbers are high here."

McCarthy’s visit to the Army post included nine sessions of open discussion with Fort Hood soldiers from all grades and skill level to "have hard conversations" about safety concerns.

This week’s meetings with civilian and military leadership are a result of a rash of recent killings connected to the Army base — and as civilians call for its closure.

McCarthy made it a point to emphasize that the Army is going to "put every resource and all of the energy we can into this entire institution behind fixing these problems."