With School Reopening, Gov. Greg Abbott Sets Off Another Debate Over Whether Local or State Officials Are in Control

by Cassandra Pollock and Aliyya Swaby, The Texas Tribune 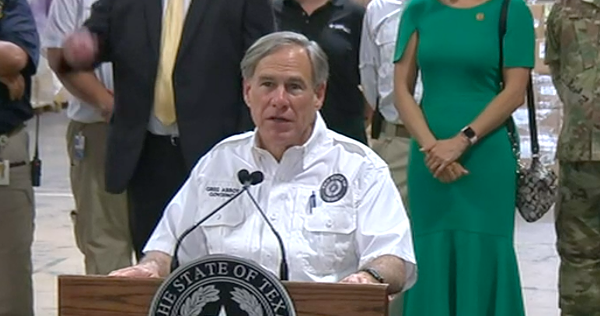 Last week, Gov. Greg Abbott moved to block local health authorities from shutting down classrooms before the school year has started. Since then, he has repeatedly said he is trusting local school leaders to decide whether and how to bring students back to classrooms this fall.

Those actions have left local officials confused about the limitations of their authority as the debate over reopening schools in the state continues. Abbott’s decision to curb the role of local health authorities has added to the ongoing conflict between the governor and local governments during the pandemic, with mayors and judges across the state voicing frustration over having their hands tied by the state’s response.

Some superintendents say that despite Abbott’s statements to the contrary, their ability to respond to the pandemic is still limited, and many of their questions have gone unanswered even as school is slated to start in the coming weeks. They are worried their decisions could result in consequences from the state, including cuts to funding, and some say they would prefer high-stakes decisions affecting student and employee health to stay with medical experts.

“We’re going to make our decisions based on local scientific data, and we’re working with the health authority. That’s our guide,” said Juan Cabrera, superintendent of the El Paso Independent School District. “Nobody on our board, including myself and my administration, are medical doctors, so I’m going to try to take their advice.”

Abbott also said school districts could ask for more time to limit the number of students learning in classrooms, on a case-by-case basis, beyond the current eight-week maximum set by the Texas Education Agency. And he reminded school officials that they could move their start dates later in the year with a school board vote, as long as they make up the time. This, he said, gives local school boards the most authority to determine when and how it’s safe to have kids back.

The Texas Education Agency has not yet released any specifics on which districts will be able to receive waivers to limit in-person instruction beyond eight weeks or under what circumstances. But it said it will not fund school districts for unlawful school closures, worrying superintendents who want more certainty of state support while handling an unpredictable pandemic.

“After the eight weeks, there’s a threat to withhold funding if schools don’t have in-person learning. They’ve offered a waiver opportunity … but it takes it out of the hands of the local school district beyond the eight weeks, and that is not local control,” said Kevin Brown, executive director of the Texas Association of School Administrators and former superintendent of Alamo Heights ISD in San Antonio.

A spokesperson for Abbott, when reached for comment for this story, referred to the governor’s previous statements on the issue. Abbott has said that school boards are welcome to consult public health authorities as they make their decisions. And he said local health officials could shut down schools that have COVID-19 outbreaks after they reopen.

Some superintendents, especially in areas where the virus is rampant, balked at the idea of waiting for kids and teachers to get sick before shutting down their campuses in the middle of the year, instead of working with local health officials to close classrooms if cases spike again. And some still wondered: What options do they have if cases are still high after eight weeks?

“Districts, I think, are very concerned about creating these rolling situations where people come back on campus and then get sick and then everybody has to leave again,” said Joy Baskin, director of legal services for the Texas Association of School Boards, on a recent podcast explaining the state’s guidance.

Roadblocks From the State

Paxton’s guidance and Abbott’s subsequent statement were a boon for school leaders who wanted to open but were blocked by local health orders. Some of those that celebrated were private schools, with smaller class sizes and more resources.

Others were districts that straddle multiple counties: Boerne ISD has two schools in Bexar County, home to San Antonio, a hot spot for the virus, but most are in more rural Kendall County, where COVID-19 transmission is low. After Paxton’s letter, Boerne ISD announced it would open those two schools in mid-August, going against the Bexar County order.

But school superintendents in regions where the virus is spreading quickly are balancing the fear of infection with concerns about how much vulnerable students will fall behind learning from home. They’ve run into some roadblocks with state guidance.

Once El Paso ISD schools open for in-person instruction, parents will be able to choose among entirely in-person instruction, entirely virtual instruction, or a hybrid version of in-person two days and virtual three days. Cabrera said that keeping school capacity to 50% would be the best way to keep kids safe, at least until a vaccine is available. Like many school superintendents, he is prioritizing younger students, those learning English and those with disabilities for in-person learning, groups otherwise at risk of falling behind.

Cabrera said he’ll roll out the plan to all the schools in his district, but TEA only allows that flexibility in limited circumstances, potentially putting Cabrera at odds with the state guidelines.

“What’s driving my decision is requests from parents for social distancing. I’m not forcing people into schools if I can’t social distance,” Cabrera said. “That might be a contravention [of state guidance].”


The frustration local leaders have voiced in recent weeks has been a nearly constant thread throughout the pandemic. At first, Abbott’s response to the pandemic was to defer to local officials, and many issued their own versions of stay-at-home orders. Abbott resisted the growing number of calls to issue a statewide mandate before announcing at the end of March that he would order one.

A month later, the governor was overseeing the reopening of the state — and in the process blocked local governments from being able to implement stronger restrictions, such as requiring people to use masks while in public. For weeks, the back and forth over masks continued, with local officials asking the governor for the power to require them or to issue a statewide order mandating them.

Eventually, one local official tried something new: Instead of requiring people to wear them, Bexar County Judge Nelson Wolff ordered businesses to mandate them. Wolff, the governor said in an interview soon after, had “finally figured that out.” The comment earned Abbott criticism from both his right and left about why he wasn’t clearer about what locals had the power to enforce.

Then in early July, Abbott reversed himself, ordering Texans across the state to wear masks in public.

The friction between Abbott and local officials has continued into this latest debate over the reopening of schools. San Antonio Mayor Ron Nirenberg, in a July 31 tweet thread, criticized the statement on school reopenings from Abbott and other GOP leaders, saying that “local leaders implement health-based protocols, the AG threatens them, and the State capitulates.”

“Every time [Paxton] issues an opinion, it confuses the guidance at the state level or attempts to roll back protections that have been proven to work at the local level,” Nirenberg told The Texas Tribune earlier this week. “And that seeds the kind of chaos that you’ve seen play out in this school situation that ultimately leads to the feeling that we’ve lost control of the virus.”

Some health experts say it makes sense for local health authorities, who will be responsible for quashing outbreaks on campuses, to have outsized say in how schools can reopen. “They’re going to be the ones who are collecting the data and need to process it,” said Michael Chang, an infectious disease pediatrician at UTHealth’s McGovern Medical School and UT Physicians.

“I get it, there’s a lot of questions about who has authority and who’s got jurisdiction ... but ultimately I think the local health officials are best positioned to respond and best understand what’s going to be the impact on local schools.”


It’s still unclear whether local health officials will enforce their orders to delay school. After Abbott’s statement last week, Harris County Judge Lina Hidalgo continued to urge schools to keep their classrooms closed. “No gathering should be taking place, much less a gathering in school. We are working with superintendents to figure out: When would it be okay and how would it be done? But what’s relevant right now is right now, not any time soon,” she said at a press conference this week.

Going the opposite direction, McLennan County, home to Waco ISD, rescinded its school order after Paxton’s legal guidance. Athletic directors of school districts in the county moved to start strength and conditioning training right away.

At a San Antonio press conference this week, Abbott was asked whether he’d make his authority on the matter clearer by issuing an executive order, rather than just a statement. “If they want me to issue an executive order, I can cut and paste what we’ve issued and sign it,” Abbott said, jokingly. “If they just show up with a copy of it, I’d be happy to sign it.”

In the meantime, some local health officials and school districts are working together to come up with plans to open safely and address the needs of their most vulnerable children. In a virtual town hall Wednesday night, San Antonio Medical Director Junda Woo suggested using a few metrics, including the number of days cases have declined, to assess the risk of reopening schools. At a time of the highest risk, like now, schools would only be allowed to bring in small numbers of vulnerable children, such as those with disabilities or those who aren’t safe at home, she said.

Northside ISD Superintendent Brian Woods, who was at the meeting, told The Texas Tribune that superintendents want clarity as they plan for the upcoming year. And they want certainty that the state will support the decisions they make in order to keep students and staff safe as the pandemic continues beyond the first eight weeks of school.

“What if, in some parts of the state, as we approach week eight, the public health situation is not good?” he said. “What ought to be the solutions? And it seems like we ought to be working on them now instead of waiting on a crisis.”

Disclosure: The Texas Association of School Administrators and the Texas Association of School Boards have been financial supporters of The Texas Tribune, a nonprofit, nonpartisan news organization that is funded in part by donations from members, foundations and corporate sponsors. Financial supporters play no role in the Tribune's journalism. Find a complete list of them here.