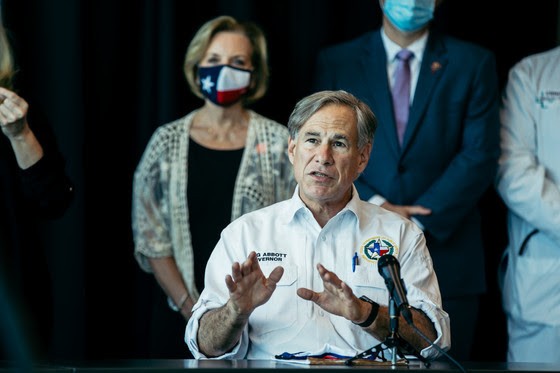 Under law, Texas' 12 biggest counties and six biggest cities received $3.2 billion through the federal CARES Act. However, Collier — a Certified Public Accountant by trade — writes that there have been no public hearings or "easily accessible public accounting" about how Texas is using the remaining $8 billion in CARES funds to help communities weather the health crisis.

Under an emergency declaration, Abbott has largely called the shots during the pandemic. While the Republican governor has said he's consulting with a select group of lawmakers, he hasn't convened an emergency session of the Texas Legislature.

"Relying substantially on Abbott to interpret Congressional intent and administer billions of dollars of federal aid, with only limited input by a select group of lawmakers, is very bad public policy," wrote Collier, who made an unsuccessful 2018 bid to unseat Lt. Gov. Dan Patrick.

"If winners and losers are picked, whether intentionally or unintentionally, the losers will pay higher property taxes to cover the COVID-related expenses without federal support. Even Abbott’s select group of lawmakers would be very conservative to insist on public hearings and recorded votes."

Abbott's office did not respond to a request for comment on the letter, which was first reported on by the news site Quorum Report.

In his letter, Collier urges city and county officials to pressure the governor for more accountability. Abbott has left the Texas Comptroller on the sidelines during the process and the State Auditor position has been unfilled for five years, Collier added.

"As a thirty-year Certified Public Accountant and an expert in financial controls and reporting systems, I can assure you that no corporate boardroom would allow a CEO to be given free rein with large sums of money," he wrote. "They are subject to layers of audit and oversight."

Texas Democrats seized on Collier's letter, blasting Abbott in an emailed statement for a lack of transparency during the pandemic, one of the biggest statewide disasters in a generation.

“This funding is the difference between life or death," Texas Democratic Party Executive Director Manny Garcia said. "For Texas communities across the state, Abbott must answer why his Administration is withholding $8 billion from Texas families. Governor Abbott owes the people of Texas a thorough explanation.”