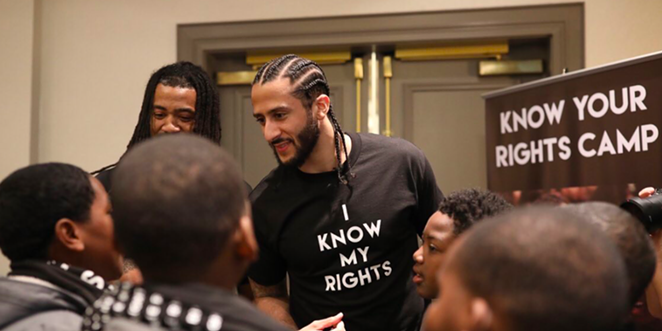 A San Antonio Police detective was suspended for 30 days over a social media post in which he asked when athlete and racial justice advocate Colin Kaepernick could be killed, KSAT reports, citing SAPD records.

KSAT reports that it received a screenshot of the January social media post and asked SAPD officials about it.

Disciplinary records show the department handed Fech a 30-day suspension in late June, according to the report. The detective served the suspension from early July through early August.

Although Fech was off duty when he made the post, SAPD ruled that it broke department conduct and behavior rules.

The detective made his post in response to a pluralist.com article about Kaepernick saying the U.S. military committed terrorism when it killed Iranian general Qasem Soleimani, according to KSAT.

Controversy has surrounded Kaepernick since began taking a knee during the national anthem to protest social injustice — a move adopted by other players in leagues beyond the NFL. Although he played for the San Francisco 49ers for six seasons, his pro football career has been in limbo since 2016.