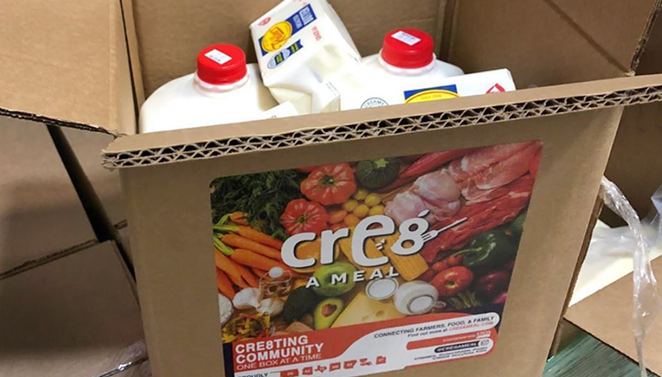 The program was intended to supply families facing economic crisis during the pandemic with surplus food produced by U.S. farmers. However, lawmakers and nonprofits raised concerns that some of the companies awarded distribution deals, including CRE8AD8 — the San Antonio event planner — appeared to lack the experience or size to deliver on the work.

“Although Congress allocated billions of dollars to distribute food to Americans in need, I am concerned that the Trump Administration’s management of this critical effort has been marred by questionable contracting practices, a lack of accountability and a failure to deliver food to many communities that need it most,” James Clyburn, D-S.C., chairman of the House subcommittee, said in a written statement.

In a letter to USDA Secretary Sonny Perdue, Clyburn specifically requests contracting documents related to CRE8AD8 and 12 other companies who received work through the program.

The USDA denied CRE8AD8 a contract extension earlier this summer, saying in congressional testimony that the company fell 250,000 food boxes shy of the 750,000 boxes required under its agreement.

In press and social media statements, CRE8AD8 has continued to maintain that it met the terms of its federal contract.