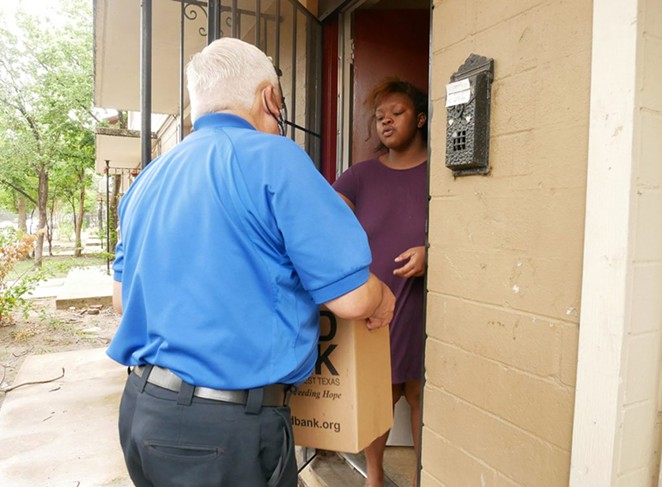 The Alamo City ranked 9th on the company's list of U.S. cities experiencing the most financial stress. Four other Texas metros — Houston, El Paso, Corpus Christi and Laredo — also landed in the top 10.

To get their rankings, researchers compared the 99 largest U.S. cities across metrics including unemployment rate, percentage of the population living below the poverty line and recent food and housing insecurity.

If you're familiar with our city's history of general poverty and economic segregation, it should come as little surprise we landed so high on the list.

SA ranks 22nd-highest for the percentage of its population below the poverty line — one in five residents — according to Smart Asset's number crunching. What's more, 8% of households here are severely housing cost-burdened, meaning those costs eat up more than half of their monthly income.

Compounding the woes, San Antonio had the 10th-worst four-year change in median household income of the 99 surveyed cities. That figure increased by just 8.13% from 2014 to 2018.

Here's how we stacked up against other cities: