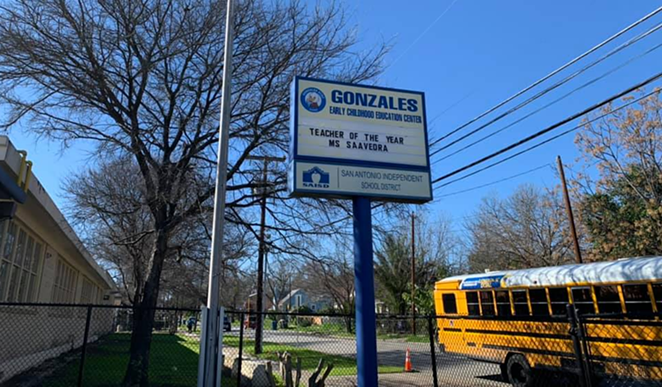 The coronavirus pandemic has revealed a great deal about San Antonio and its residents.

But the pandemic has also revealed the depths of differences, inequality and human need in this community. In 1993, local nonprofit the Partnership for Hope produced an analysis titled “Growth Without Prosperity” that highlights San Antonio’s lack of economic opportunity even as it expanded.

That this community has grown, attracting new residents and spreading outward, is obvious. Yet it remains, in many ways, far from prosperous. And as it has spread, it has remained fundamentally divided. It is all too easy to live here in splendid isolation, viewing a great many problems and needs as simply something on “that side of town.”

Describing San Antonio in 1938, the WPA Guide to the city presented a tour of the “Trans-San Pedro Mexican Quarter,” noting “For more than two centuries, San Pedro Creek has been a line of demarcation. … In the Latin-American quarter spreading out from here, manners and tastes, faces and customs differ so greatly from those in the remainder of the city that but for a few strictly local adaptations, the entire section may well have been transplanted from across the Rio Grande.”

And just as the “Mexican Quarter” — the West Side — appeared much like the nation to our south, public services and public facilities were far from the norm in the rest of the city. But the “Latin-Americans” described in the WPA report did not only reside in the “Mexican Quarter.” And where they were close, there were other means of separating, segregating, and sustaining differences and inequality — institutional means.

In my neighborhood, right near my house, two school buildings are situated on the same long block. One, now the Ruble Center of Trinity Baptist Church, was the San Antonio School District’s McKinley Elementary School. And at the other end of the block was the District’s Gonzales Elementary, now the Gonzales Early Childhood Education Center.

The names say it all.

Gonzales Elementary was opened as the Rock Quarry School in 1908, to serve the families in the Rock Quarry district, the neighborhood of the first Alamo Cement plant and later the city incinerator and dump, where more than 50 “Mexican” families lived “in tin shacks built from materials salvaged from the city garbage.”

When the city’s public schools were surveyed in 1915, Gonzales was rated along with the others. “In the matter of retardation,” Gonzales came in next to the bottom, according to that report. Navarro School, on South Pecos serving the West Side, came at the bottom, and with the state’s compulsory education law, “the city cannot escape caring for these retarded children who are within the prescribed ages.”

As the neighborhoods of Summit Place, Laurel Heights and Laurel Heights Terrace — what is now the Monte Vista Historic District — began to be developed next door to the quarry district in the 1910s and 1920s, the new residents deemed Gonzales an unsuitable school for their children.

The San Antonio school board built a new elementary, the McKinley School, on Magnolia just down from Gonzales in 1924. Three years later, a student survey showed Gonzales with 203 students, 100% with Spanish surnames. McKinley, on the other hand, had just 107 students, and just 15% had Spanish surnames.
The McKinley parents were quite vocal in supporting the school and pressing their needs.

A committee of neighborhood parents, led by W. W. McAllister — yes, that former Mayor McAllister, for whom McAllister Freeway is named — then living on East Huisache Avenue, approached the school board in 1928, asking that a two-room building at the Gonzales School be moved to McKinley to provide for a fifth grade.

McAllister and his neighbors got their school improvements. And they also managed to assure, through attendance lines neatly designed to exclude the rock quarry families, their school’s character.

By 1939, Gonzales remained 98.7% “Latin-American” — the highest proportion in the city — while McKinley was overwhelmingly Anglo. And that stark difference and separation remained the case for decades.

In 1964, San Antonio School District officials were denying that the district practiced segregation, in the face of an argument by local attorney Phillip Montalbo that “two elementaries, a block apart, were on a virtual segregated basis.”

Montalbo noted that all students at Gonzales the previous year were of “Mexican descent,” while down the street at McKinley all students but 20 were Anglos. School officials contended that it was simply that elementary schools were “zoned,” neatly split by a boundary line down the middle of Magnolia Avenue, running straight north.

Decade after decade, generation after generation, the San Antonio district managed to offer very separate educations, in separate schools, to students and families who lived less than a block apart. One school for the McAllisters, another for the Garcias and the Morenos.

That’s what systematic, institutionalized racism looks like in San Antonio. That’s what we need to redeem.