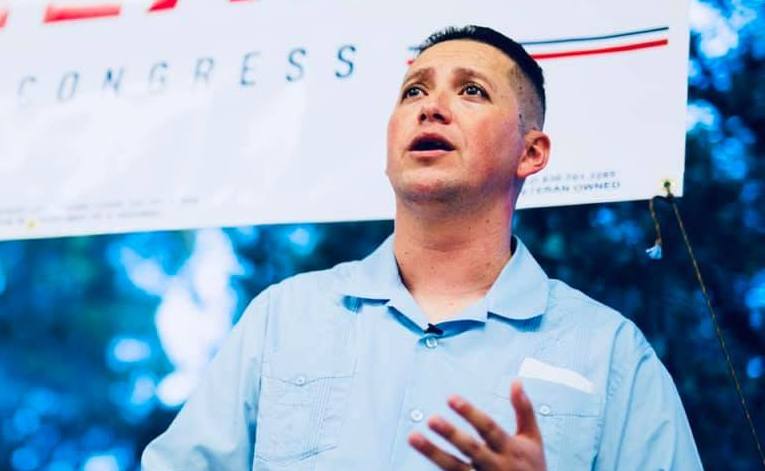 A pair of TV spots showing Gonzales shaking hands with a fake U.S. Border Patrol agent may have overstepped ethical and legal boundaries, according to political experts interviewed by the daily. The person shown in a Border Patrol uniform is actually a campaign volunteer, the paper reports.

Here's the issue, according to pundits quoted in the story: the ads create the false impression Gonzales — who's running against Democrat Gina Ortiz Jones — received an endorsement from the Border Patrol or its parent agency, U.S. Customs and Border Protection.

"Any time you make an agency appear to be an arm of one party or another, it makes it harder for that agency to do their job," Peter Loge, director of George Washington University's Project on Ethics in Political Communication, told the Express-News.

Gonzales and Jones, both military veterans, are vying to represent Texas' 23rd District, which includes part of San Antonio and a wide swath of the U.S.-Mexico border.

The CBP's website states that federal law bars the use of its symbols and emblems in advertising.

However, Gonzales' campaign told the Express-News that CBP's prohibition only applies to commercial messages — not political speech. The officials also pointed out that other campaigns have used images of law enforcement agents in their ads.

Even so, shortly after the daily asked the Gonzales camp about the spots, they disappeared from the campaign's website and YouTube accounts, according to the report.

CBP responded to an inquiry from the Current about the ads with a one-sentence statement saying it's "looking into the issue."

Gonzales received an endorsement from Trump during his primary campaign and has echoed much of the president's get-tough immigration rhetoric, including his support for a border wall.

Democratic Congressional Campaign Committee spokesman Avery Jaffe described the ad as "a new low," adding that Gonzales will "do anything to embrace President Trump and his wasteful, ineffective border wall."