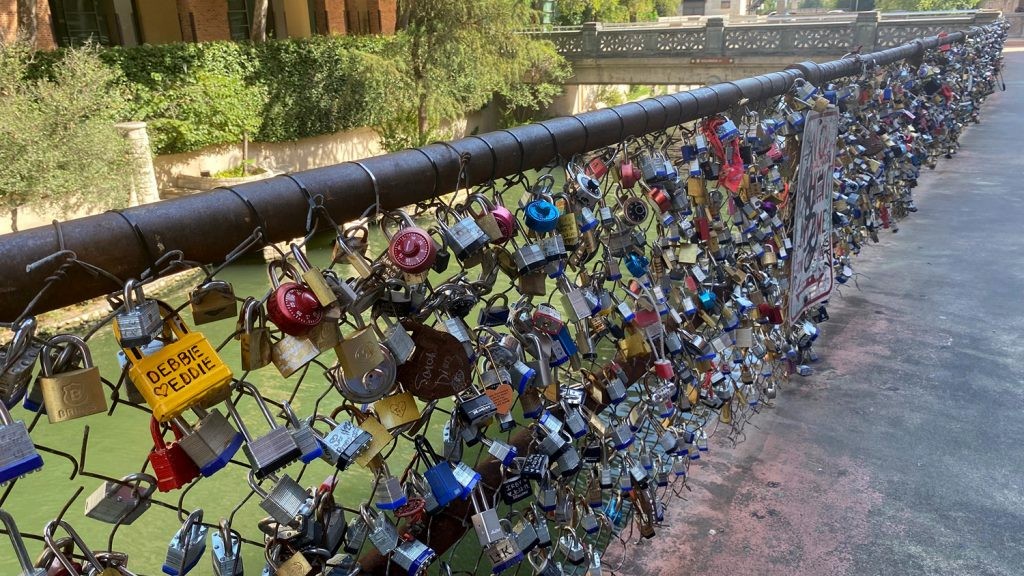 San Antonio’s answer to Paris’ Pont des Arts bridge, which became internationally popular for its hundreds of padlocks until the locks were outlawed five years ago, will be temporarily relocated.

The City of San Antonio announced today the “Love Lock Bridge” fence, which is actually a walkway that runs parallel to the San Antonio River, will be moved to the adjacent Kallison Walk Bridge so the walkway can undergo repairs. In recent years, the fence has become adorned with hundreds of locks from newlyweds who take a few steps from the Courthouse Wedding Chapel after getting married to “lock in their love.”

The Public Works department will be repairing cracks and erosion on the underside of the walkway that supports the fence, the city said in a press release.

The fence will be moved and fastened to new railings installed on the Kallison Walk Bridge, while the repairs are being made.

“People have been calling it the Love Lock Bridge, even though it’s not on a bridge,” said Paul Berry, Public Works spokesman, “but now it will be.”

Berry said the goal is to eventually move the fence back to its original location — locks and all.

In a press release, the Public Works department said the weight of the hundreds of locks is not responsible for the wear and tear on the walkway.

On September 8, the fence will be moved to its temporarily location. There is no timetable for the repairs to start because the project is unfunded at the moment, Berry said.