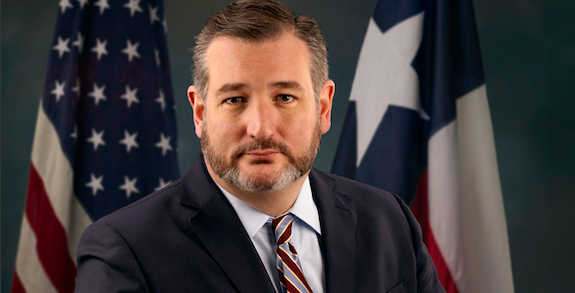 Remember when U.S. Sen. Ted Cruz shut down the federal government to make a point?

Looks like the Texas Republican is headed back into familiar territory — this time over a new round of pandemic stimulus checks. Cruz's insistence on attaching an unpopular school choice plan to the package is threatening to upset the balance of votes needed to move it forward, CNN reports.

Republican leaders have struggled for weeks to wrangle at least 51 votes from their 53-member conference to push ahead on a new round of stimulus. Cruz, however, is demanding billions in tax credits to fund parochial, charter and private schools, according to CNN.

While Cruz and other die-hards argue the pandemic is highlighting a need for more school choice, GOP detractors don't think it's appropriate to attach the controversial $5 billion plan backed by Secretary of Education Betsy DeVos to the package, CNN reports. Some fret it could hurt their November reelection prospects. Others worry it would be unworkable in their states.

Senate Republicans have floundered for weeks to bring forward their own stimulus proposal, even as they continue to lob criticism at a $3 trillion Democratic bill Speaker Nancy Pelosi shepherded through the House in May.

Meanwhile, the U.S. faces a wave of small business failures and layoffs if the feds can't come up with another round of economic relief, according to economists.