Under agreement with FAA, San Antonio will offer Chick-fil-A concession at airport 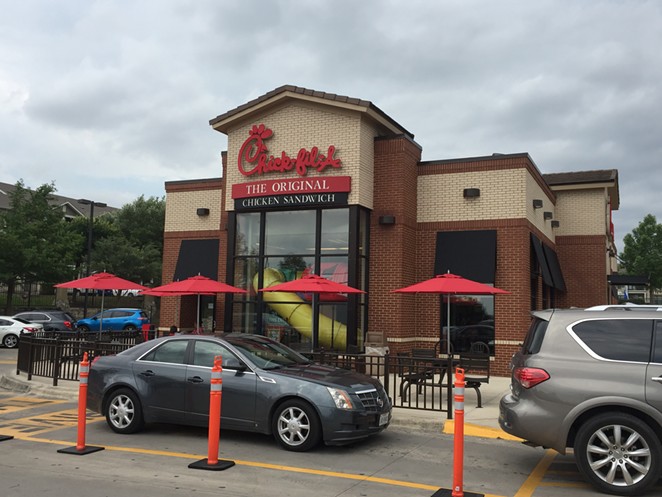 In an informal agreement negotiated on September 10 with the Federal Aviation Administration, the City of San Antonio must now offer Chick-fil-A concession at the San Antonio International Airport.

The FAA’s agreement comes as the result of an investigation initiated by the U.S. Department of Transportation at the request of Texas Attorney General Ken Paxton shortly after city council’s March 2019 vote against granting a Chick-fil-A concession at the city’s airport.

At least one member of council, District 1's Roberto C. Treviño, said his vote was based on Chick-fil-A’s reputation for being anti-LGBTQ. However, Mayor Ron Nirenberg said his decision came down to the restaurants being closed on Sunday, which would reduce revenue for the city under its contract.

In 2012, the fast-food chain’s CEO, Dan T. Cathy, said he opposed marriage equality. It also was revealed the company donated millions of dollars to political groups seen as hostile to LGBTQ rights.

“With this decision, the city council reaffirmed the work our city has done to become a champion of equality and inclusion,” Councilman Roberto C. Treviño said at the time.

Paxton complained the city was in non-compliance with the Airport and Airway Improvement Act of 1982 and the FAA Airport Improvement Program Grant Assurance 30.

“Those authorities prohibit FAA grant recipients from excluding individuals on the basis of creed, including religious creed, from participation in activities carried out with Federal grant funding, including airport programs. The City is a recipient of Federal financial assistance from the FAA for airport programs, including $8,245,147 in Federal Fiscal Year 2019 for SAT,” Paxton wrote in a letter to Transportation Secretary Elaine Chao.

According to a press statement, the city suggested resolving the FAA investigation informally and agreed to offer Chick-fil-A a storefront in Terminal A within 45 days. It also assured “the terms of the new offer will be reasonable and consistent with customary business practice.”

Most recently, a Texas appeals court dismissed a lawsuit filed against the city by conservative groups who said the council excluded Chick-fil-A from a concessions contract at the airport because of the restaurant chain’s donations to Christian organizations, a violation of Texas' so-called "Save Chick-fil-A" law.

In announcing the agreement with the FAA, San Antonio officials said in a press release, “The city maintains that at no point did it discriminate against Chick-fil-A.”