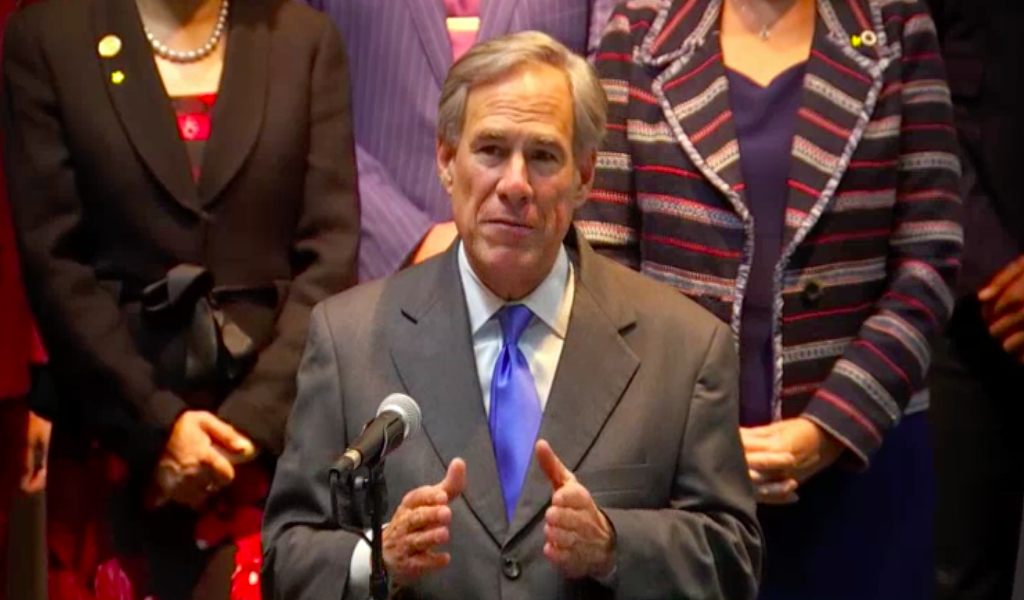 During a press conference at the Dallas Police Association headquarters, Abbott said he wants the Texas Legislature to make it a felony for anyone to strike a police officer or destroy property during a riot. He also proposed a law allowing the state to pursue charges against people who "aid and abet" riots with funds or assistance.

"Today, we are announcing more legislative proposals to do even more to protect our law enforcement officers as well as do more to keep our community safe," the Republican governor said.

Under Abbott's proposal, blocking hospital entrances and using lasers to target police would also become felonies. None of the measures could be adopted until the Legislature meets next year.

Abbott also unveiled the new anti-rioting proposals as Texas Republicans prepare for what could be a punishing election season. While the governor isn't up for reelection, his popularity has plummeted during the COVID-19 pandemic. What's more, demographic changes and President Trump's unpopularity are likely to further erode GOP control of the Legislature.

Democrats blasted the presser as a diversionary tactic meant to draw attention away from the governor's failure to contain the pandemic as the state reported its 15,000th COVID-19 death.

"Instead of talking about the issues that matter most to Texans — ending the coronavirus crisis, protecting and expanding healthcare coverage, and building our economy back better — Abbott chose to introduce nonsensical proposals that will not hold up in court," Texas Democratic Party Chair Gilberto Hinojosa said in an emailed statement. "This was done in a pathetic ploy to help Trump and Texas Republicans’ election chances. It won’t work."

St. Mary's Law School Professor Donna Coltharp said the Texas Lege has authority to impose stiffer penalties for offenses covered under the state's existing rioting laws. However, she questioned how successfully the state could pursue aiding and abetting charges over riots that occur.

When riots have played out during recent anti-police brutality marches, most have been spontaneous actions that broke off from peaceful protests, Coltharp said. It would be difficult to prove organizers encouraged a riot or knew one would take place.

"I would have to see the state's proof in an aiding and abetting case, because it would be complicated," she said.