Researcher Howard Henderson on reimagining policing in the U.S.

by Michael Barajas, The Texas Observer 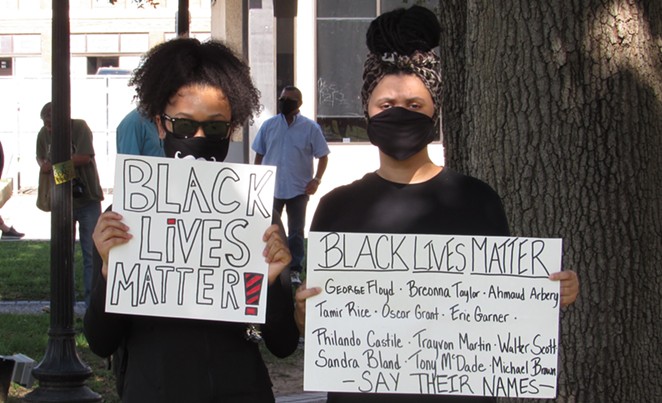 The uprising sparked by the police killing of George Floyd on May 25 has pushed the debate around public safety into territory that would have seemed unthinkable in Texas just months ago. Howard Henderson, director of the Center for Justice Research at Texas Southern University, says the protests have turned into an unprecedented opportunity to reimagine policing in the United States. In June, Henderson gathered a group of Black criminal justice researchers and experts to center the voices of communities most affected by police violence in evaluating the barrage of policy proposals that have followed Floyd’s killing and informing policymakers. Henderson spoke with the Observer about police reform and the country’s history of race and law enforcement.


Texas Observer: How do you want this police reform advisory group to inform the debate over policing?

Howard Henderson: I’ve gathered some of the brightest minds I know around the country, and we’re essentially sifting through all of these recommendations from Democrats, Republicans, President Trump’s executive order, and other groups. First, we look at these proposed reforms and categorize them—what’s the same, what’s different, what’s unique. After sifting through all the noise, we run these ideas by the communities most impacted by policing. Then the community can say what they think about proposals A through Z.

We already see some broad agreement. For instance, that something needs to be done about chokeholds and no-knock warrants. Some of the more difficult pieces will be dealing with qualified immunity, or the degree to which funding or defunding the police needs to take place. We just want to make sure that policymakers don’t do the same thing they typically do, which is overlook the needs of the community. The ultimate goal is to identify reforms that are evidence-supported, sustainable, and reflect the will of the community. We understand that criminal justice is really a local issue, so we’re calling for bottom-up reforms. We’ve typically said the federal government needs to do this and that and then it trickles down. What we’re saying is, “No, it needs to start in the communities and work its way up.”

Now you have 70 percent of Americans saying we need police reform. That’s never happened. And they not only support reform, but they’re also saying they support Black Lives Matter.

In the annals of history, the United States is a fairly young country, and as a country ages, so does its consciousness and its understanding. The fact that we were able to see George Floyd die before our eyes in less than nine minutes messed people up. Then you also had Breonna Taylor in Louisville and Ahmaud Arbery in Georgia. These back-to-back killings just didn’t make any sense. Plus, we’re in the middle of a pandemic, so more people are watching this on TV in real time. Then you have one of the highest unemployment rates that we’ve seen in a long time, dwindling resources, and just whole communities being decimated. And then the fact that Black [children] are five times more likely to be hospitalized for COVID [than white children]. I think more Americans finally see all of this injustice and are just tired of it.

You’ve written about the colonial character and roots of policing in the U.S. How should we understand racial disparities in the criminal legal system?

We just didn’t wake up here today and find ourselves in this disarray. This came out of centuries of degradation and oppression. The police are an offshoot of the overseer on the plantation and the slave patrols. The institution of slavery and its control of minorities directly parallels with early American policing. Right after slavery, they arrested Black people for petty crimes and then leased them back out to the plantation. This history of race and policing in America is deep, and we do ourselves a disservice by just glossing over it. A lot of the laws that we have today are derivatives of Jim Crow legislation. Look at the number of white police officers who were members of the Ku Klux Klan. It was just a common relationship at the time.

You’ve seen several policymakers say that they don’t see policing as racist, and yet you can rattle off probably 10 statistical points to prove otherwise. I think we’ve got to start with universal education of the development of American policing. We’ve also got to move beyond the point where the police are infallible. We’re taught from a very young age that they can do no wrong, that they’re the problem solvers of all social ills. And the reality is that they’re not. They’re human. They make mistakes. And they’ve created an institution that does not openly express their errors. It’s a system that is designed to support that misconduct.

They didn’t do enough to deal with systemic and structural problems. They attempted to individualize it to one bad officer. We’re going to have to hold police officers and their administrators and chiefs accountable. In Minneapolis, that officer [who killed George Floyd] had at least 17 prior complaints. At what point are you going to hold the chief accountable and say, “Listen, if you have anybody on the police force who’s got 17 complaints, you have an obligation to investigate those independently”? I don’t see how any normal police officer can have that many complaints and still be on the street.
Beyond that, we have to totally reconceptualize what American policing should look like. I think we are getting close to that, but the problem is, people are getting caught up in what “defund” literally means. There are people who believe that it’s about reallocation of resources, and those who believe it’s about totally wiping out the current system and starting over. I think broadly, it’s an attempt to hold police more accountable.

More communities are seeking alternatives to the police. Where do you see that conversation going?

I think it’s a necessary conversation, but I just don’t know how soon that would happen in the South or how far it will go. Society has determined what police are supposed to do, what they’re supposed to look like, and how they are supposed to act. We have got to totally reframe that. I think what we’re seeing now is the end of traditional American policing. We don’t yet know what comes next, but we’re starting to have an idea of what it should look like. If you read the history of American policing, it’s gone through phases. I think we’re seeing the end of a phase of policing that was governed by Jim Crow, governed by Reconstruction, and governed by slavery. Society is saying we’re no longer going to accept that.

This interview has been edited for length and clarity.