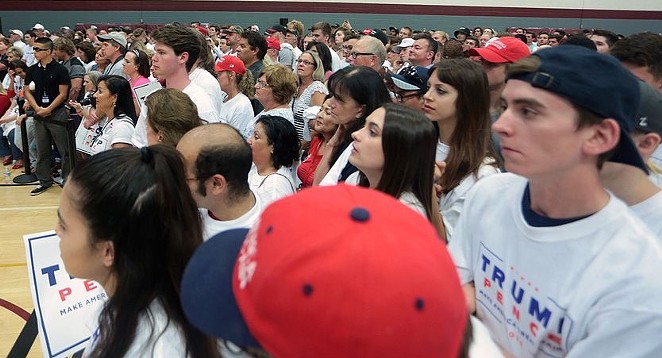 At this point in the election cycle, the deep-pocketed Republican National Committee has poured three times as much money into Texas than its Democratic counterpart, a new data analysis shows.

Amid big spending to influence the outcome in key swing states — Texas could be one this year — the RNC has transferred $2.4 million to its Lone Star State affiliate, according to a review of filings by the nonpartisan Center for Responsive Politics. That total includes a record $1.3 million transfer made in August.

In contrast, the Democratic National Committee has flowed just $796,000 into Texas this election cycle.

The RNC's Texas cash outlay raises questions whether it's worried about letting the once reliably red state's 38 electoral votes slip away, according to the report. Recent polls show Donald Trump ahead here by an uncomfortably narrow margin.

“I don’t think Texas is up for grabs, but I’m going to be here because we’re not going to take any state for granted," RNC Chairwoman Ronna McDaniel said on a recent visit to the state.

The Center for Responsive Politics points out that Texas isn't exactly bucking the trend. The RNC has funneled considerably more cash into key states this year than the DNC, which only recently began to reap the rewards of record fundraising from nominee Joe Biden.