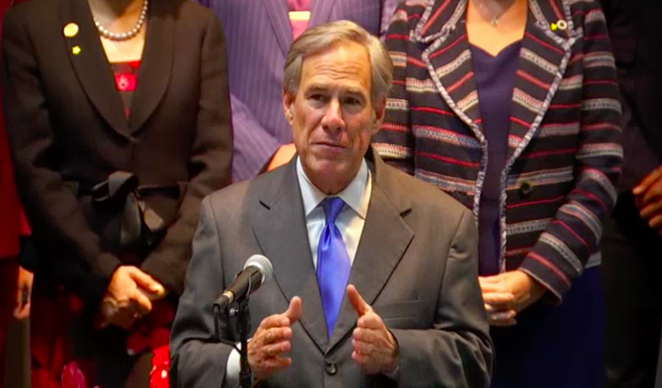 The Leagues of United Latin American Citizens, the League of Women Voters of Texas and two individual voters asked a federal judge in Austin to strike down the Republican governor’s order, saying it presents an unconstitutional voting barrier that disproportionately affects Texans most at risk of being disenfranchised.

"The impact of this eleventh-hour decision is momentous, targets Texas’ most vulnerable voters — older voters and voters with disabilities — and results in wild variations in access to absentee voting drop-off locations depending on the county a voter resides in," the suit argues. "It also results in predictable disproportionate impacts on minority communities that [are] already hit hardest by the COVID-19 crisis."

The legal wrangling comes as Texans request mail-in ballots in record numbers amid the COVID-19 pandemic and as doubt builds that the U.S. Postal Service, sandbagged by Trump administration budget cutting, can deliver ballots in a timely manner during the high-turnout election.

"As soon as I saw the order, I knew there was going to be a lawsuit," said Kauffman, who spent nearly two decades as senior litigating attorney for the Mexican American Legal Defense and Educational Fund in San Antonio. "All these late changes violate the old rule that you try not to make alterations right before the election."

Abbott's order faces long odds in court, Kauffman said. The Fifth Circuit Court of Appeals ruled a day before the governor handed down his order that Texas shouldn't be required to reinstate single-party voting so soon before the election.

Even though all three judges that make up the Fifth Circuit panel are Republican appointees, Kauffman doubts they'll be eager to contradict Wednesday's ruling.

"It's hard to believe the Fifth Circuit could be that inconsistent," he said.