The U.S. census will continue through October, paving the way for more Texans to be counted 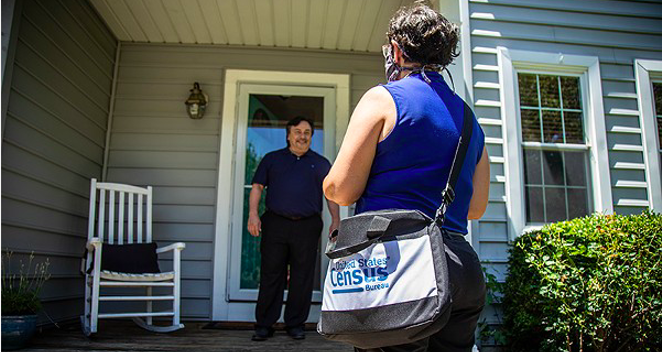 Counting for the 2020 census will continue through October, a U.S. district judge ordered late Thursday night in a decision that requires census workers to continue operations in Texas and the country past the Census Bureau’s self-imposed Monday deadline.

The Census Bureau had already begun concluding its field work despite an injunction last week to continue counting past Monday. In her order this week, Judge Lucy Koh said that enforcing the earlier deadline “risks further undermining trust in the Bureau and its partners, sowing more confusion, and depressing Census participation.”

She required the Census Bureau send a message to its census takers, which it did Friday, confirming it would keep counting residents for the census until the new deadline.

“Employees should continue to work diligently and enumerate as many people as possible,” the agency wrote to its census takers.

Even with the ruling, there are concerns that the order could be too little, too late. Some Texas census counters had been laid off in anticipation of the earlier deadline, and changing deadlines can be confusing for Texans who are already self-responding to the census at a lower rate, 62.4%, than the national average of 66.6%, a difference that would mean more than a million more Texans filling out the census.

“This provides some very important extra breathing room that will absolutely make a difference,” said Ann Beeson, the chief executive of Every Texan, a left-leaning think tank. “But there's no question that there are still very serious concerns about the ultimate undercount here in Texas.”

An accurate census count is key for economic and political reasons in Texas. Every person missed could mean less federal funding for areas like early childhood programs, highway planning and construction. The once-a-decade count is also used to determine how many seats Texas gets in Congress and how to divvy up voters into political districts.

In August, the Census Bureau abruptly announced it was shortening the census response period by a month, raising concerns in Texas, a state that has been historically undercounted in the census. The deadline switch was the latest twist in months of challenges and delays that have forced local efforts to regroup time and again during the coronavirus pandemic.

Among those twists was an effort by the Trump administration to exclude undocumented immigrants from the count.

For those hoping for a proper count to ensure Texans get proportionate representation, the concerns remain despite this week’s ruling.

When residents don’t submit responses, census workers follow up through phone calls and home visits — which includes relying on neighbors to relay information about the number of residents in a given unit or listing a household as vacant if no one answers multiple times. This information can often be inexact and can lead to particular undercounts of immigrant communities, communities of color and rural communities.

“The lower the self-response rate, the higher the risk of an overall undercount,” said Rob Santos of the Urban Institute.

Texas, which currently holds 36 seats in the U.S. House, could gain three more seats after the 2020 census.

With the pandemic forcing census workers to count residents at a heightened pace, there has been less time in recent months for workers to return to households that did not respond.

The additional month for counting could allow census workers to return to those households, which might help produce a more accurate count, said Lloyd Potter, the state demographer.

“It gives me hope that we’ll do a better job than we would have,” Potter said. “Though there could be some problem with the qualities of the data.”

Since the start of the census count in March, the self-response rate in majority-Hispanic communities in Texas has been just 41%, according to Santos, while some wealthy, white metropolitan neighborhoods have response rates over 70%.

As time was running out, Texas launched a $15 million ad campaign chasing an accurate census count. At the time, the latest census figures showed that households in urban, Democratic-leaning areas of Texas had filled out the census online, by phone or by mail at higher rates than those in more rural, Republican-controlled areas and South Texas communities.

“It gives more time for Texans to be counted,” Blanco said in a statement. “However, without a state complete count committee, Texas is still in danger of losing its fair share of federal funding for healthcare, education and infrastructure projects."

And with local leaders focused on keeping their residents alive instead of counting them, grassroots work has emerged as an even more significant component of census outreach efforts.

“Engaging Americans in the count goes way beyond the Bureau,” Beeson said of the grassroots efforts to ensure a proper count, especially in historically undercounted regions like the Rio Grande Valley and East Texas.

Potter reiterated it’s not too late for Texans to fill out their census. To ensure they are represented in their government and have proper resources in their community, he recommended residents fill out the census online or call the Bureau at (844) 330-2020 before the Oct. 31 deadline.

Disclosure: Every Texan has been a financial supporter of The Texas Tribune, a nonprofit, nonpartisan news organization that is funded in part by donations from members, foundations and corporate sponsors. Financial supporters play no role in the Tribune's journalism. Find a complete list of them here.