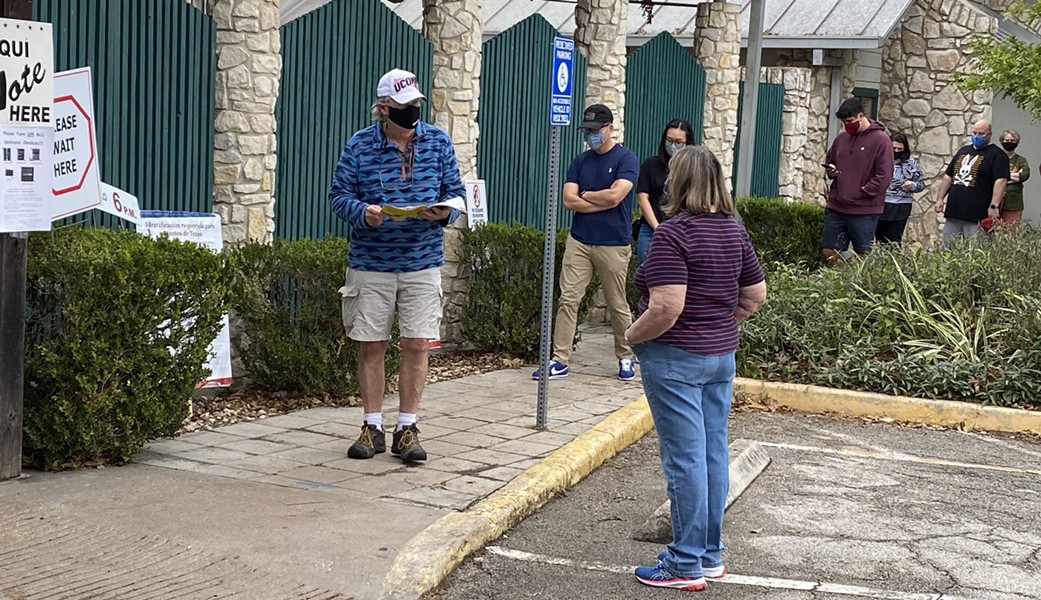 As of Wednesday, 396,969 people have voted in Bexar County, meaning roughly a third of its 1.2 million registered voters has already cast a ballot in the November general election.

Of the total, 288,460 cast ballots in person by the end of the day Tuesday. The department has also received 108,509 mail-in ballots as of midmorning Wednesday.

Of the 108,509 mail-in ballots Bexar County Elections Department has sent out since the start of this election cycle, 58% have already been returned.

“That’s unheard of at the start of early voting,” Bexar County Elections Administrator Jacque Callanen said at a press conference this week.

Through Tuesday night,29% of registered voters have cast their ballots in Texas' 10 largest counties, according to an analysis by the Texas Tribune.