1.3 million Texans who voted so far this election didn't in 2016, a likely gain for Dems, experts say 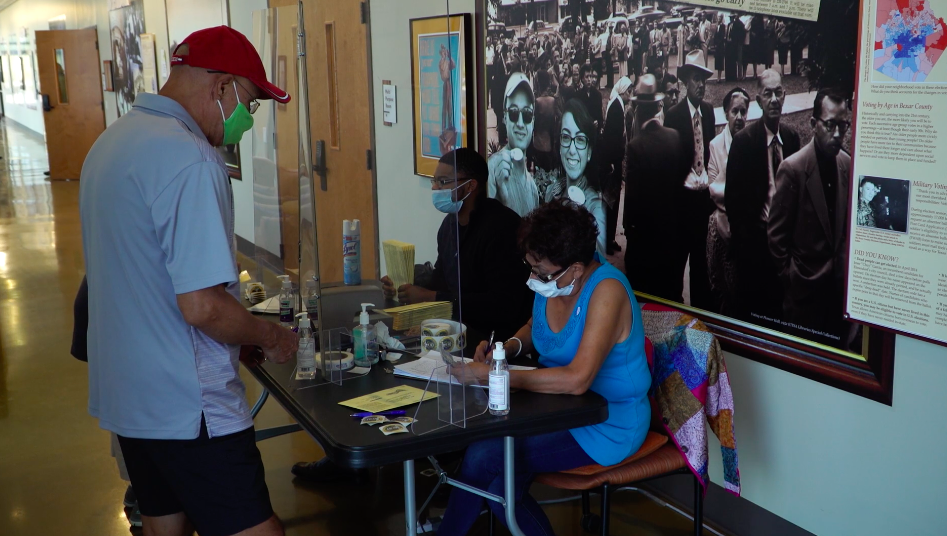 As of yesterday, 1.3 million Texans who didn’t vote in the 2016 presidential election have already cast an early ballot in this year's contest, according to a Texas Democratic Party analysis of county elections data.

That turnout surge between the last presidential election and this one suggests a higher turnout among younger voters who weren't old enough to vote in 2016 and those not mobilized during the last cycle, political experts say. Both categories are likely to skew Democratic.

"Those two groups, either younger voters or previously unmobilized voters, are likely to vote Democratic," said Michael Jones-Correa, a professor of political science at the University of Pennsylvania. "That's a significant number."


However, Trinity University political scientist Juan Sepulveda cautioned that the county numbers don't give a clear read on which campaign was more successful at mobilizing voters who sat out the 2016 cycle. The campaigns themselves might have better data on the success of those efforts.

"Those assumptions could be correct, but they're not complete," said Sepulveda, who served as Texas state director for the 2008 Obama presidential campaign.

Nearly 6 million Texans have cast ballots in the presidential election with half of early voting days still left to go, according to a separate CBS News analysis. At that rate, the state is likely to blow past the 9 million votes cast in 2016.

Early voting has surged primarily in urban and suburban counties, according to polling data, again suggesting gains for Democrats. Harris County, where Houston is located, has tallied record turnout, for example.

However, Jones-Correa cautioned that Republicans could be equally energized and just waiting until Election Day to cast their ballots. Conversely, though, Democrats' high turnout in early voting could demoralize some GOP voters leading them to stay away from the polls.

"I'd say either of those scenarios are equally likely," he added.