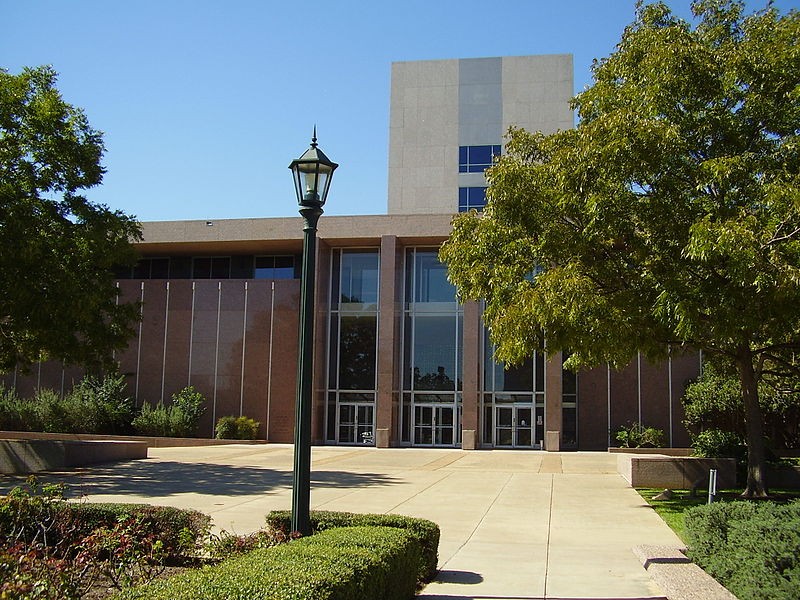 The sleepy contests for seats on Texas’ highest courts have taken on new energy this year as Democrats, bullish on their chances to claim seats on the all-Republican courts, seek to capitalize on a series of controversial pandemic- and election-related decisions.

Voters have the chance to choose four justices on the nine-member Texas Supreme Court, the state’s highest court for civil matters, and three judges on its sister body, the Texas Court of Criminal Appeals.

It’s notoriously difficult for judicial candidates, even those running for the state’s high courts, to capture voters’ attention, particularly with a hotly contested presidential race above them on the ballot. But this year, Democrats say they have something new to run against: decisions by the high court to end Texas’ eviction moratorium and election opinions that limited mail-in voting options.

“The Supreme Court has been in the news on almost a weekly basis over the last several months … with all the election shenanigans that are going on,” said Justice Gisela Triana, who serves on the Austin-based 3rd Court of Appeals and is running as a Democrat for a seat on the high court. “I think they’ve been complicit in allowing the Republican Party to try to make it harder for people to vote.”

For Republicans, meanwhile, the virus is an argument for sticking with the status quo. Chief Justice Nathan Hecht, who faces reelection this fall, said unprecedented challenges of access to justice and budget concerns during the pandemic would best be handled by a judge with experience running the court.

“We’re in such untraveled waters — dangerous, difficult, challenging times,” said Hecht, who has served on the court for more than three decades. “It takes some leadership not only to try to discern a wise course through all this, but to get the other branches to go along with you.”

No Democrat has won a statewide election in Texas since 1994, meaning Republican hegemony on the high courts has held for well over two decades.

Democrats have put up a diverse slate of candidates, almost all of them women, including two judges who would be the first Black women to sit on either court. Four women are seeking seats on the Texas Supreme Court: Triana, Judge Staci Williams of Dallas, attorney Kathy Cheng of Houston and Judge Amy Clark Meachum of Austin, who if successful would be the first woman elected chief justice of the high court.

Along with Hecht, Republican candidates include Justice Jeff Boyd, who has served on the Supreme Court since 2012, and Justices Brett Busby and Jane Bland, who were both appointed to the court by Gov. Greg Abbott after they lost their 2018 races for Houston appeals courts.

If elected, Hecht would not serve his full six-year term but would leave by the end of 2024 under the state’s mandatory retirement law for judges.

In the state’s sister high court that handles criminal cases, three Republican incumbents — Judges Bert Richardson, Kevin Yeary and David Newell — are facing Democratic challengers. The Texas Court of Criminal Appeals is also all Republican and is best known for its handling of death penalty cases, often making life and death decisions in last-minute appeals ahead of executions.

Abbott recently appointed Rebeca Huddle, a Houston attorney, to a vacancy on the court opened when Justice Paul Green departed earlier this year. If Green had left the court just 10 days earlier, his replacement would have been chosen by voters — a detail that did not escape Texas Democrats, who have accused Green of playing politics with the timing. Green has said he was merely leaving at the end of the court’s term.

'People don't know much about who we care'

Even as President Donald Trump runs an unusually tight race in Texas with Democratic nominee Joe Biden, less controversial Republicans lower on the ballot are expected to perform better in Texas. Republican U.S. Sen. John Cornyn, facing Democrat MJ Hegar, has shown a wider lead in polling than the president, and statewide judicial candidates outperformed U.S. Sen. Ted Cruz in 2018 and Trump in 2016.

Republicans say they’re confident Trump will carry the state — but that the judges could win even if he doesn’t.

Pollsters sometimes view statewide judicial races as pure tests of a voter’s partisan allegiance since so few Texans are familiar with the candidates.

“Even though we’re toward the top of the ticket, people don’t know much about who we are,” Hecht said.

This year, though, the Texas Supreme Court has found itself in the spotlight far more than usual with major coronavirus-related decisions and an unusually long list of election-related cases.

In May, as Texas’ unemployment rates surged, the court lifted its ban on evictions and debt collections — a move Democrats slammed as inhumane during the economic crisis.

Hecht said eviction decisions were best handled at the local level and pointed to a $171 million eviction diversion program launched in September, a small portion of which was allocated through the Supreme Court to help with legal aid.

In May, the high court ruled that lack of immunity to the coronavirus does not itself make a voter eligible for an absentee ballot. The decision left Texas as one of few states in the country that hasn’t allowed for no-excuse voting by mail during the pandemic, and left Texans to navigate a complicated calculus, evaluating their eligibility for absentee ballots based on their personal health history and susceptibility to the virus.

Recently, the court upheld the governor’s timetable for an expanded early voting period, rebuffing a challenge from other Texas Republicans. It also blocked Harris County — the state’s most populous county, and an important Democratic stronghold — from sending out applications for mail-in ballots to all its registered voters.

“Once again, the all-Republican Texas Supreme Court steps into this election against the interests of voters and a functioning democracy,” Texas Democratic Party Chair Gilberto Hinojosa said after the Harris County decision. “Republicans will bend the ‘law’ any which way to serve their purpose: maintain power for Republicans no longer supported by a majority of the state.”

The court ruled, in an unsigned per curiam opinion, that the county clerk would be overstepping his authority under state election law by proactively sending out the applications, which are available online and often distributed by political parties and campaigns.

Democrats have slammed the court for decisions like that, which they see as partisan, though the all-GOP court has sometimes come down against Republicans, too. But the decisions also help Democrats make the case to voters that the justices should be replaced.

This year “calls attention to these important positions and how key the judicial branch is to people’s lives — especially in the time of disaster,” Meachum said. And “it calls attention to the fact that this court is lopsided, and lacks diversity of thought, and has the appearance of putting their thumb, sometimes, on the partisan scale.”

Along with new attention to the high court comes the uncertainty about what the end of straight-ticket voting will mean for Texas. This November 3 marks the first election in which Texans won’t have the option of voting for every candidate in a certain party with just one punch — a colossal change whose effects neither party can fully anticipate.

All that, coupled with a volatile presidential race, means “you just can’t tell” where the outcome may land, Hecht said.

“It’s just completely unpredictable,” Boyd said. A higher profile for the court could help him as an incumbent, he said.

“If people are seeing the coverage and thinking, ‘I need to do my homework on these races,’ I have full confidence that when they do their homework they’ll end up supporting me,” Boyd said.

Democrats see reason for optimism in early voting totals, which have shattered records, especially in large, blue counties like Harris. But Republicans are also turning out to vote early in high numbers.

And there may be more reason for Democrats to be hopeful. Keir Murray, a Democratic operative in Houston, said based on the statewide numbers he’s seeing, women are outvoting men by 10 points — a potentially major boon for an all-female Democratic slate for Supreme Court.

“Women usually outvote men, but not to that degree,” he said.

For the Court of Criminal Appeals seats, all three Democratic challengers are from Dallas. Richardson’s challenger, Elizabeth Frizell, is a former district court judge in the county. Tina Clinton and Brandon Birmingham, opposing Yeary and Newell, respectively, are sitting Dallas County district court judges who have pushed for bail reform in their county.

Richardson and Newell are more moderate than Yeary in terms of ruling on the side of government or upholding convictions versus siding with legal challenges presented by the criminally accused or convicted. All three were elected in 2014 and are hoping for their first reelection in the fall.

In the high-profile case of death row inmate Bobby Moore, Richardson joined a scathing dissenting opinion in 2018 when the court for the second time (after being slammed by the U.S. Supreme Court) rejected that Moore was intellectually disabled and therefore ineligible for execution. The nation’s high court again overturned the Texas court’s decision, and Moore has since been resentenced to life in prison and released on parole.

Yeary, on the other hand, has faced criticism from innocence reform advocates for his interest in potentially raising the already-high legal bar needed for those who have been wrongfully convicted to be deemed innocent by the court and therefore eligible for state compensation.