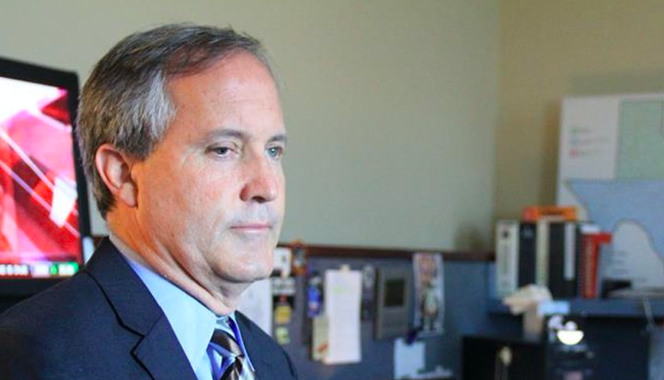 The heavily edited clip by Project Veritas, an activist outfit with ties to President Donald Trump, claims to show a campaign employee in the Alamo City engaging in and discussing unlawful tactics to influence voters. The group, run by James O’Keefe, has a history of releasing dubious “sting" video targeting liberals.

"What’s shown in the video is shocking and should alarm all Texans who care about election integrity," Paxton said in an email sent from his official account Tuesday evening. "We are aggressively investigating the serious allegations and potential crimes that Project Veritas’s documentary audio and video recordings shed light on today."

The email urges people "involved with or aware of the alleged election fraud shown in the recording" to cooperate with the probe.

Stanford University researchers recently detailed Project Veritas' efforts to assemble a disinformation campaign around the 2020 election to aid Trump. What's more, a New Republic story from August alleges that an insider in Paxton's office helped strategize with the group.

Paxton has been a significant roadblock against expanding mail-in voting during the current election cycle. In May, he threatened to prosecute any local elections officials who advise voters who normally wouldn't qualify for a mail-in ballot that they may submit one amid the pandemic.

"Ken Paxton is once again using baseless allegations to support his ill-conceived Election Integrity Unit to sow distrust in our election and intimidate voters with threat of prosecution," former San Antonio Mayor Julián Castro, co-chair of Texas Right to Vote, said in an emailed statement. "This is clearly a politically motivated attack in coordination with a right-wing group hoping to manufacture chaos in the last week of the election."

The video and Paxton's narrative both tie in with Trump's repeated and unsubstantiated claims that widespread voter fraud should give people reason to doubt next month's election results, said Cal Jillson, a Southern Methodist University political scientist.

"It's the nature of our politics right now, particularly on the right and among conspiracy theorists — which I believe our attorney general is — to latch onto these kinds of things," Jillson said.

Paxton, who doubles as a co-chair of Lawyers for Trump, has been under indictment for securities fraud for years. He's also made recent headlines after a mutiny of top aides who have accused him of illegal activities, including bribery and abuse of power.

Paxton shared Project Veritas' clip as he looks to deflect from the snowballing scandal, Jillson points out. This week, Republican Texas Land Commissioner George P. Bush hinted that he might run against Paxton in 2022, and Jillson theorizes that other GOPers are likely to mount challenges.

"Paxton has every reason in the world to want to change the subject right now," he said.