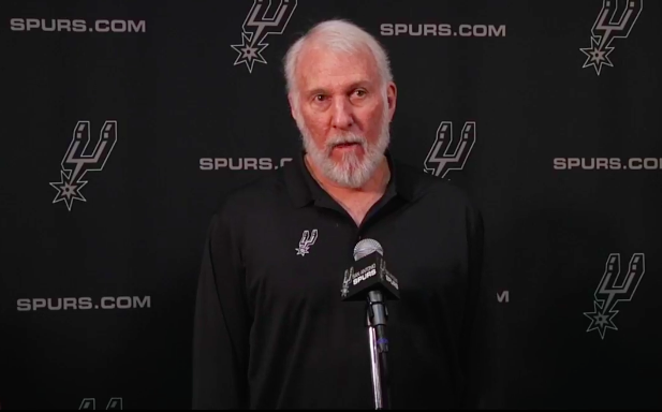 The online spot from the Lincoln Project, a group of anti-Trump Republicans, features Pop talking about what he believes in: truth, equality, affordable healthcare, support for veterans and a rejection of white supremacy.

As he addresses the camera, interspersed images contrast his ideals with those of the president by showing protesters holding anti-Trump signs and the former reality-show star at the podium in full bluster.

“Now, it's time to decide where you stand," says Pop, who's wearing a San Antonio Food Bank cap in the clip. "For me, it's pretty simple: a vote for Donald Trump is a vote against the very ideals upon which our democracy was founded. Our democracy is at stake."

He concludes: "I stand with Joe Biden."

"I stand for truth over lies." Gregg Popovich


After the winningest coach in the NBA called Trump "deranged" in an interview with the Nation and told another media outlet he "doesn't care" if fans don't like his harsh words for the president, we can't say we're surprised to see him in a pro-Biden ad.

Just a little shocked it took this long.