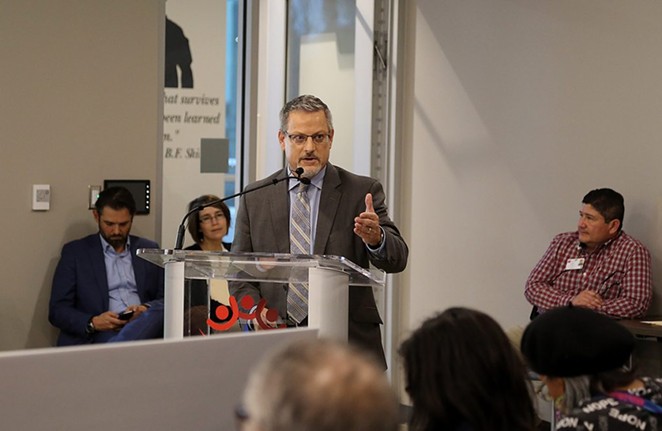 In recent weeks, the Denver Housing Authority named Nisivoccia as its sole finalist after conducting a national search for a chief executive.

Nisivoccia submitted a resignation letter to the SAHA board last week and will remain in his current role until the first week of January, SAHA confirmed.

Since Nisivoccia arrived at SAHA, the agency has ramped up housing production considerably, often partnering with for-sale developers in exchange for percentages of subsidized housing that seemed unusually small for a housing authority.

Currently, SAHA has more than 8,800 apartments in the planning stage, or it is finishing in terms of construction, across San Antonio. By comparison, from 2008 to 2018, the agency produced 3,500 units.

The projects under development, Nisivoccia has argued, will generate revenue to subsidize more deeply affordable housing in the future. The strategy has been harshly rebuked by SAHA’s most outspoken critics, many of whom are SAHA residents, for more than a year.

Nisivoccia joined SAHA in 2013 as chief operating officer, and took over as SAHA’s interim CEO in 2015 when former president and CEO Lourdes Castro-Ramirez left to join the U.S. Department of Housing and Urban Development (HUD) Office of Public and Indian Housing. His role became official in 2016.

Previously, Nisivoccia served as the executive director of housing authorities in Fort Pierce, Florida; and Morgan City, Louisiana. The SAHA Board of Commissioners will discuss the transition process during Thursday’s regularly-scheduled meeting.