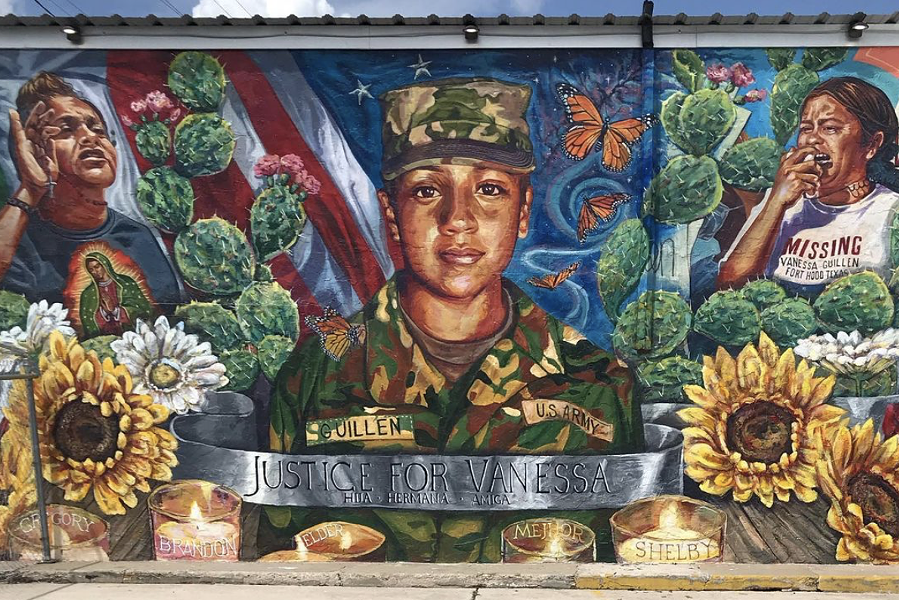 Nearly five months after the discovery of Army Specialist Vanessa Guillén’s remains near the Killeen installation of Fort Hood, the military base has announced they will honor her by naming an entrance gate after her, according to the Army Times.

The outlet reports that Army officials invited Guillén’s family members onto the installation Tuesday, asking for their input on design concepts for a memorial gate. The designated gate leads to the 3rd Cavalry Regiment area where Guillén served before she was murdered earlier this year.

"One of the reasons we invited the Guillén family [Tuesday] was to discuss and review design concepts and survey a proposed site of a gate we plan to name in Vanessa’s honor," Fort Hood commander Lt. Gen. Pat White said in a statement. "Their input is important for our final design that will come to fruition over the next few months."

Fort Hood officials also recently launched a year-long effort to identify and eradicate three leading issues from the ranks of the post's soldiers: sexual assault and harassment, extremism and racism, and suicide.

"Vanessa’s life was a catalyst for us to implement action to improve trust, discipline, and teamwork across our formations," White said. "All of our 38,000 soldiers at Fort Hood are important, and — like Specialist Guillén — each volunteered to serve our nation. They deserve our best leadership."

Guillén was last seen working on Fort Hood in late April. After a months-long search, her remains were found near a river 20 miles outside of Killeen, where the Army base is located.

When police confronted another Fort Hood soldier believed to have been involved in her disappearance, authorities say the soldier fatally shot himself before they could detain him for questioning.