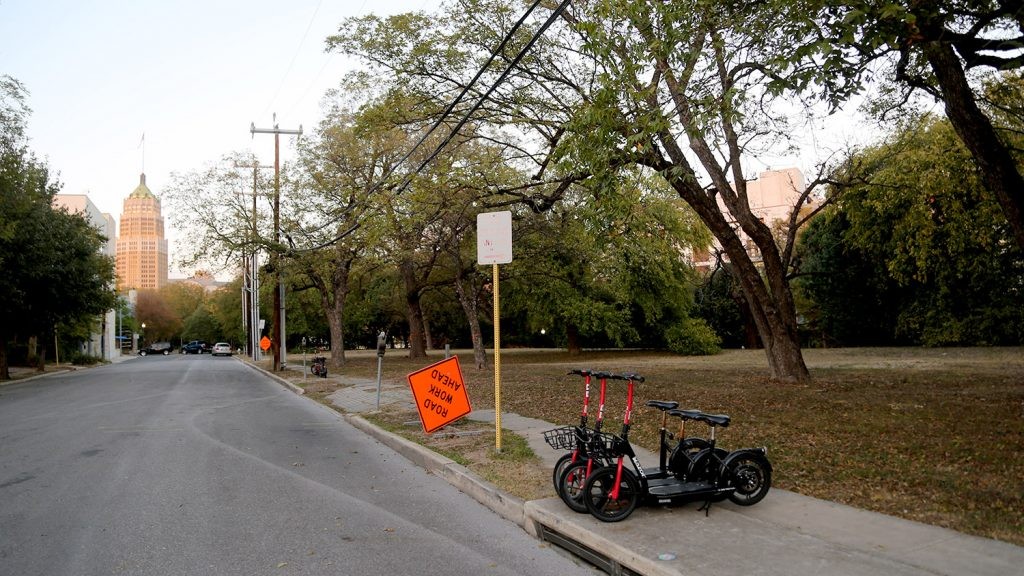 H-E-B has purchased a swath of vacant land along the River Walk as part of a robust effort to grow its downtown presence.

Late last month, the company bought 1.8 acres from the State of Texas on the north side of East César E. Chávez Boulevard, stretching east from Dwyer Avenue to the river, across the street from its Arsenal headquarters, according to county property records.

The purchase includes a half-acre of tree-covered land along the River Walk opposite the Agave apartment building, and the southern half of the city block bound by Dwyer, Old Guilbeau Street, Aubrey Street and Chávez.

The company does not yet have plans for the site, spokeswoman Julie Bedingfield said in an email.

“This is part of our continued and future investment in downtown San Antonio,” she said.

The purchased land is across the street from a six-story parking garage that H-E-B finished building last year at the northwest corner of Dwyer and Chavez for the use of its downtown workforce. It is currently set to start building a 10-story garage on South Flores Street, west of its headquarters and SoFlo Market.

In 2014, H-E-B announced that it would embark on a $100 million expansion of the headquarters that would bring in about 1,600 additional employees by 2030, roughly doubling the workforce there, according to the San Antonio Express-News.

Last year, the company revealed plans to build a 170,000-square-foot tech center on the campus and add 500 jobs. The city’s Historic and Design Review Commission approved the plans in January. The company said it planned to start construction in summer of this year and complete it in 2022, but Bedingfield didn’t comment on whether that timeline still holds.


The San Antonio Heron is a nonprofit news organization dedicated to informing its readers about the changes to downtown and the surrounding communities.