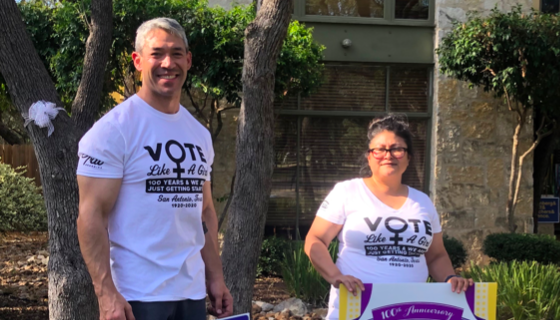 After his recent close scrape with the coronavirus, San Antonio Mayor Ron Nirenberg has challenged the microscopic, but potentially deadly, particle to a powerlifting competition to show it who’s boss.

“The virus just made it personal,” Nirenberg said last week, shortly after being notified he tested negative for COVID-19. “If you want to come after the residents of San Antonio, that’s one thing. But that bug targeted me. So, it’s ‘go’ time.”

Nirenberg — once named one of the fittest U.S. mayors — has been contemplating the move for weeks as local case counts climbed, a source inside his office confirmed. The person, who spoke on condition of anonymity, said Nirenberg has grown frustrated with his constituents’ maskless visits to local shopping and entertainment destinations.

“This is what cities are forced into when there’s no leadership at the state level,” Bexar County Judge Nelson Wolff said. “Gov. [Greg] Abbott is more worried about appealing to his base and that sweet potato up in Washington tugging on his leash. So, now we’re dealing with real problems, like identifying the microscopic equivalents of squat racks and weight benches so we can get on with this powerlifting thing.”

“We know what it does. We know how it’s transmitted. We even know a lot of people who have it,” Woo said. “We just don’t know how to get the message to the appropriate virus or whether it has anything like appendages to lift weights with.”

Nirenberg was a champion powerlifter in 2005. According to a 2017 profile in the San Antonio Express-News, his personal bests were a 320-pound bench press, a 600-pound dead lift and 450-pound squat. Nirenberg continues to lift several times a week.

“Talking about this virus isn’t getting us anywhere, obviously,” he said. “If I can get the virus in a gym and get it to agree to leave town if it loses, that would definitely be more effective.”

Woo remained skeptical however, given the virulent nature of the coronavirus and her understanding of its physiology. “It’s a virus,” she said. “What’s it going to lift?”