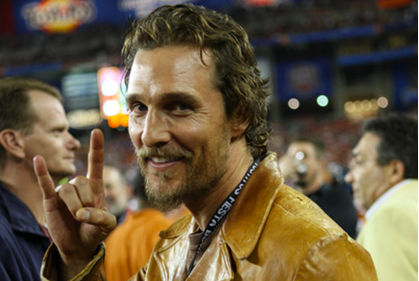 Actor Matthew McConaughey might say "alright, alright, alright" to the prospect of serving as governor of his home state — assuming that's something Texans want.

"I mean, that wouldn’t be up to me. It would be up to the people more than it would me," the Uvalde native told conservative radio host Hugh Hewitt this week when asked if he'd consider a run.

"I would say this: Look, politics seems to be a broken business to me right now," the Dazed and Confused star added. "And when politics redefines its purpose, I could be a hell of a lot more interested."

McConaughey could run as early as 2022, which is when Gov. Greg Abbott is up for reelection. However, his statement to Hewitt and the current political climate suggest we may be waiting considerably longer for him to wade in.

While McConaughey has used his star power to urge people to stay safe and adopt his laid-back approach to dealing with the pandemic, he's so far avoided forays into partisan politics.