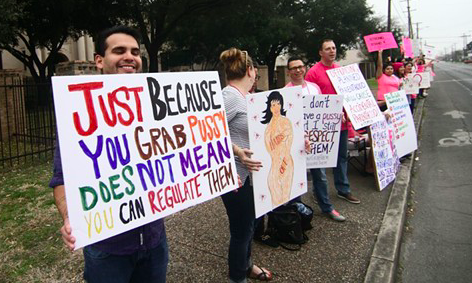 A federal appeals court has cleared Texas to drop Planned Parenthood from its Medicaid program, which offers healthcare services for low-income residents.

In a Monday ruling, the U.S. 5th Circuit Court of Appeals said state officials have legal authority to decide which providers are allowed to participate in the program. The decision reverses a 2017 lower court ruling that barred state officials from dropping Planned Parenthood.

While Texas officials targeted Planned Parenthood because it provides abortion services, the organization said its elimination from the program would deny low-income women access to cancer screenings, birth control and other essential medical care.

“Make no mistake — forcing Planned Parenthood out of the Texas Medicaid program would have a devastating impact on Texans. And Gov. Abbott knows exactly who he’s hurting — people of color, women, and people with low incomes," Planned Parenthood Federation of America President and CEO Alexis McGill Johnson said in a statement.

"Let’s be clear — patients should be able to go to the provider they know and trust regardless of their zip code and income level. Accountability is coming, and we will fight back against any politician who doesn’t prioritize expanding accessible, affordable quality health care.”

In statement, Republican Texas Attorney General Ken Paxton — who's now under federal investigation for alleged abuse of office — praised the court decision. As evidence of Planned Parenthood's lack of qualification, he cited a misleading 2015 video shared by anti-abortion activists that purported to show officials with the women's health group illegally selling fetal tissue.

Planned Parenthood has denied the accusations made in the heavily edited clip. A Harris County grand jury also found no reason to take legal action against the organization following investigations into the video's claims by the Texas Rangers, the county DA's office and others.