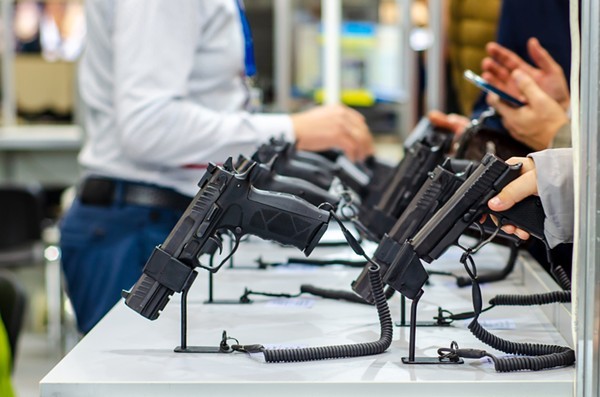 Texas has long been one of the top states for firearm sales, but in 2020 — a year marked by a grinding pandemic and social unrest — residents loaded up at a record level.

From January through October, the FBI conducted more than 1.9 million background checks for gun sales in the Lone Star State. That's more than any full year on record and also the third-highest in the nation this year, behind Illinois and Kentucky.

Texas' 2020 background checks have already blown past the state's previous full-year record of more than 1.7 million, which occurred in 2016. The FBI database from which the data is drawn extends back to the end of 1998.

The first big sales upswing in Texas came in March, when the COVID-19 pandemic began prompting lockdowns, according to federal data. The FBI processed more than 274,000 background checks that month, compared to fewer than 143,000 in February.

The numbers crested again during the summer, exceeding 227,000 in June, the month protests swept the nation following George Floyd's killing by Minneapolis police. The number of background checks the prior month was just over 179,000.