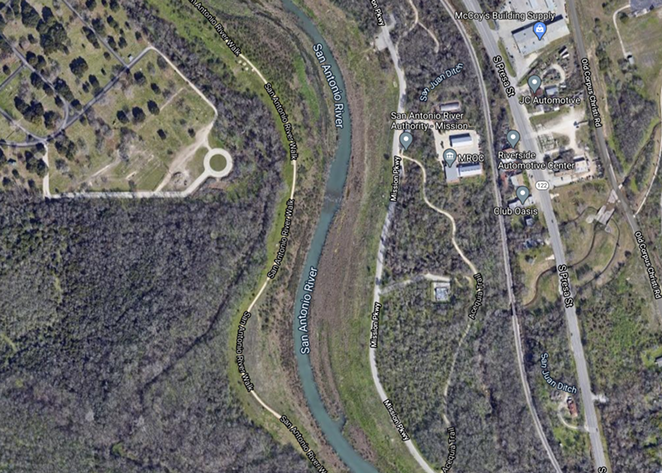 A ruptured 30-inch sewer main on the South Side spilled more than 100,000 gallons of material into the San Antonio River on Sunday, MySA reports. The breached pipe is located in brush near 8510 Mission Parkway.

The spill was reported by a caller at 1 p.m. Sunday. By 4:30 p.m., more than 100,000 gallons had flowed into the river, triggering a public notice from San Antonio Water System. According to MySA, crews contained the spill around 9 p.m. that evening.

In the notice, SAWS officials said that while the cause of the spill was yet to be determined, "the extended drought followed by recent wet weather could have contributed to soil movement in this area, which is known to have high clay content."

On Monday, SAWS crews tested for ammonia in the area, and found no evidence of the chemical.

SAWS spokeswoman Anne Hayden told MySA that recent rains had increased the flow of the river, which likely helped clear the spill.

"In all likelihood, it's safe at this point," Hayden told the news site. "It's pretty chilly. I'm not sure if you want to jump in the water right now, but you should be just fine."