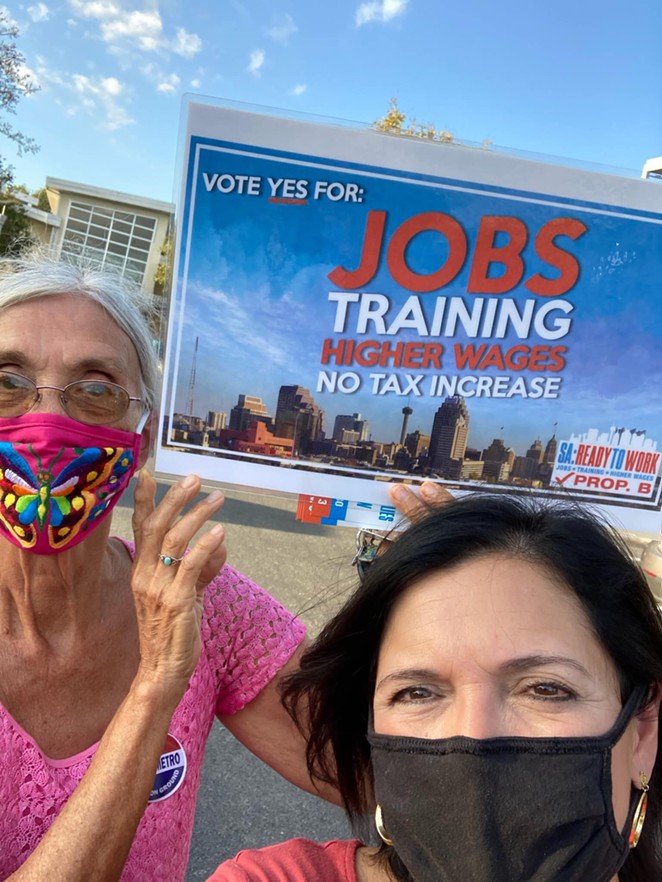 A key backer of Mayor Ron Nirenberg's successful voter initiative to retrain 40,000 workers displaced by the pandemic is pushing back at the bureaucracy city officials want to create around the program.

During a meeting Thursday with the Express-News editorial board, officials with community organizer COPS/Metro Alliance — a pivotal ally in the mayor's push — said they don't support plans to hire 63 city workers to run the SA Ready to Work program.

“That’s one heck of a bloated bureaucracy from the get-go,” COPS/Metro leader Sonia Rodriguez told the daily.

The city has proposed setting up a new agency to run the $154 million, four-year program and plans to conduct a nationwide search for an executive director.

Officials with COPS/Metro, founder of San Antonio's Project Quest job training program, said the city should rely on existing institutions such as Quest and Alamo Colleges to provide services.

However, Alex Lopez, who runs San Antonio's economic development department, told the Express-News the new hiring is necessary because the size and scope of the SA Ready to Work is unprecedented.

Roughly two-thirds of the city employees would be needed to provide services such as child care and job placement for residents going through retraining, Lopez added.