Analysis: As Ted Cruz argues for the president, Donald Trump’s supporters are the real prize 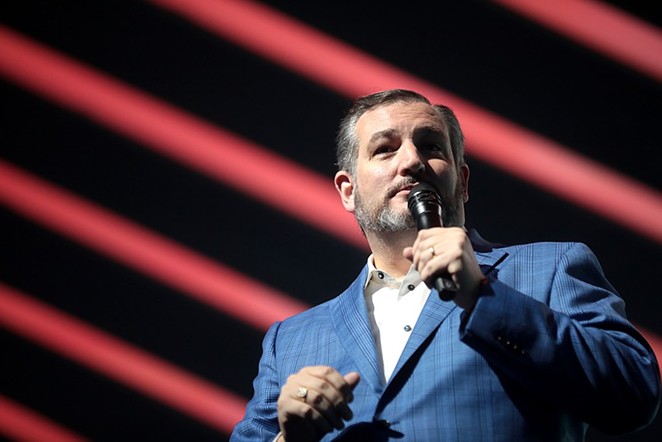 U.S. Sen. Ted Cruz once said he wouldn’t “go like a servile puppy dog” back to Donald Trump after denying the presidential nominee his endorsement at the GOP’s 2016 national convention.

Now Cruz is leading the charge to challenge the 2020 election results that made Democrat Joe Biden the president-elect and Trump the first incumbent president to lose reelection since George H.W. Bush in 1992.

There is often a difference between what’s happening and what people think is happening.

There is a difference, for instance, between allegations and evidence. Cruz shared his rationale for what he’s doing with Fox News on Sunday: “We’ve seen in the last two months unprecedented allegations of voter fraud, and that’s produced a deep, deep distrust of our democratic process across the country. I think we in Congress have an obligation to do something about that.”

That flower will wilt or bloom within the next few hours, when Congress convenes to certify the Electoral College votes reported by the states. Cruz and other Trumpsters want to reject Biden’s electors and form a commission to investigate allegations of fraud — in elections that have already been certified, one by one, by the states, and where dozens of legal challenges have been rejected by the courts.

Some of the politicos who’d normally be riding with Cruz disagree with him this time. Republican U.S. Sens. Mike Lee of Utah and Tom Cotton of Arkansas both plan to oppose the election deniers. So does U.S. Rep. Chip Roy of Austin, a former Cruz chief of staff who’s ordinarily right in line with his former boss.

The early speculation has Cruz among the Republicans seeking his party’s presidential nomination in 2024, one on a list of names that will change constantly according to the volatile breezes of public opinion and attention. It’s worth remembering that GOP primary voters in Texas gave Cruz 43.8% of their votes in a 13-candidate primary in 2016; Trump was second, almost half a million votes behind the leader.

Four years from now, Cruz will be up for reelection to the Senate, if he wants another term. Texas election law has a provision, known as the LBJ law, that would allow him to run for Senate and the presidency at the same time.

And those votes have flipped. GOP voters are crazy for Trump, and Cruz and all the other wannabes want to catch as many of those voters as they can when Trump leaves the White House. It doesn’t matter when that happens, whether it’s in two weeks or four years. Trump’s opinion is a short-term concern for Cruz and company, but those voters will still be here: Offending them now could be costly in four years.

Another political campaign would be unlike Cruz’s first run for office, when he shocked the GOP establishment by beating then-Lt. Gov. David Dewhurst in 2012 on his way to the U.S. Senate. Or his second one, when the freshman senator from Texas hung in until almost the end of that 2016 presidential race, outlasting much more seasoned politicians before falling, as everyone did, to Trump.

You’ll remember that Cruz went out with a bang that year, telling GOP conventioneers to vote their conscience instead of endorsing the victor, blasting Trump for disparaging his wife and his father, and ending with that famous line about the bootlicking puppy.

His reelection bid in 2018, after six years of hard political mileage, was rougher than the earlier rounds. Cruz prevailed against U.S. Rep. Beto O’Rourke, D-El Paso, who turned animosity toward Trump and Cruz into a maul, raising millions of dollars and turning the race into a close one before falling 2.6 percentage points short of an upset.

Cruz won, but it wasn’t the sort of win that makes future opponents think twice, especially those who might be in contention for the GOP’s presidential nomination in 2024. It’s never too early to gather supporters. The 2022 elections are just around the corner — at least in the minds of politicians and consultants and their ilk — and favors won then can be cashed in 2024, when Cruz will need them.

First, he needs to be where the voters are, and the Republican voters are with Trump. So’s Cruz.