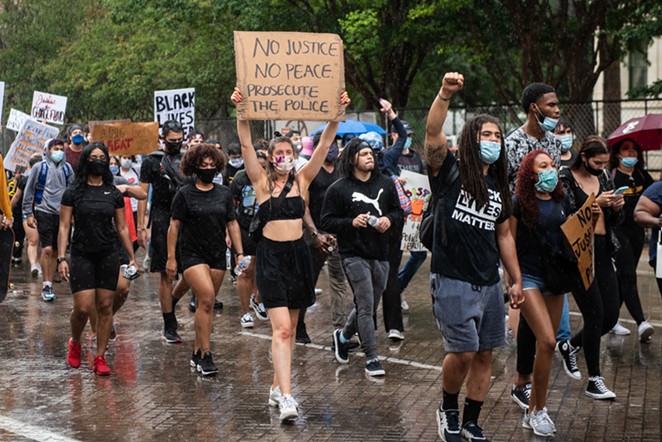 Police accountability group Fix SAPD on Friday submitted more than 20,000 signed petitions to city officials in a bid to let voters decide whether San Antonio cops should be able to engage in collective bargaining.

If the city clerk verifies the signatures, voters would decide in May whether to repeal Chapter 174 of the Texas Local Government Code, which gives cops and firefighters the ability to collectively bargain for new labor contracts.

Fix SAPD collected the signatures with the aid of Texas Organizing Project and other groups as San Antonio's police union gears up to negotiate for a new employment pact.

“Fix SAPD is about getting rid of the barriers that shield bad police officers and protect them from the consequences of their misconduct,” Fix SAPD founder Ojiyoma Martin said in a statement supplied to KSAT. “This is about accountability for the police, not getting rid of them.”

In a statement released Friday, the San Antonio Police Officers Association alleged that it received "credible reports" some of the signatures were collected fraudulently.

The city clerk's office will spend the next 20 days certifying the signatures. If they pass a required threshold just shy of 20,000, the proposal can be added to the May ballot.

The San Antonio Police Department has faced increased public scrutiny after a series of high-profile cases in which officers accused of gross misconduct were returned to the force by an arbitration process guaranteed under its labor contract.

Around two-thirds of San Antonio Police Department officers fired during the past decade were reinstated after arbitration hearings.