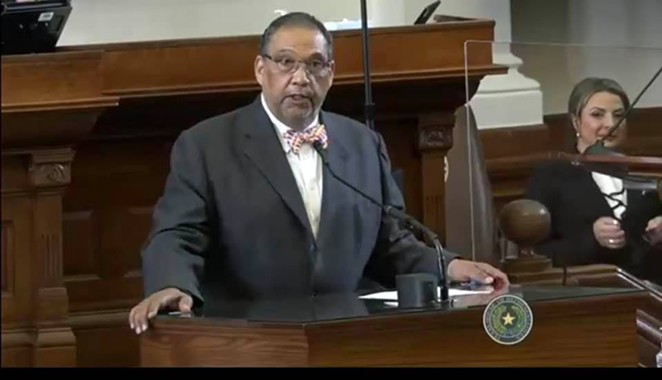 Gosh, this legislating-during-a-pandemic thing might be tougher than Texas lawmakers thought.

State Rep. Joe Deshotel tested positive for COVID-19 Thursday, just three days into the newly opened legislative session, the Texas Tribune reports. The Beaumont Democrat told the news outlet he tested positive as he was getting ready to leave for home that afternoon.

The positive test comes a day after the House met to hash out rules for the session, including a requirement that members don masks in the chamber and during committee hearings.

Deshotel said he wore a mask on the floor, adding that didn’t have lengthy conversations other lawmakers, according to the Tribune report.

However, video shot Tuesday shows the lawmaker speaking unmasked at at the microphone with House Speaker Dade Phelan, R-Beaumont, seated unmasked behind him, the Trib reports. A separate photo from Thursday also shows Deshotel sitting at his desk with his mask pulled below his nose and mouth, according to the story.