Analysis: Is the Texas Capitol a government building or a petri dish? 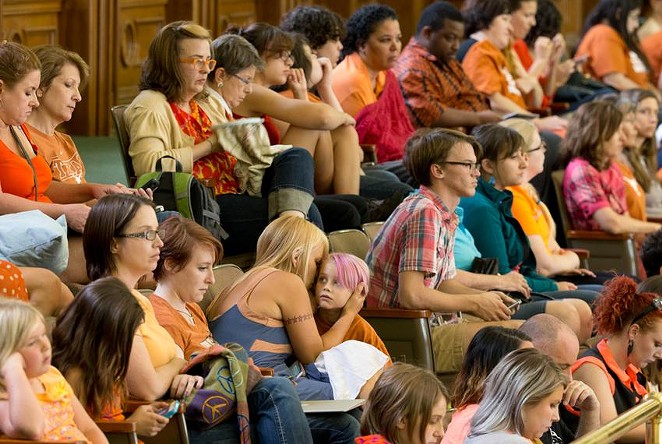 The Texas Capitol, where lawmakers gather every two years to pass laws, write budgets and argue politics, has a new function in 2021: It’s the incidental scene of a large public health experiment, a human-scale science fair exhibition of intense social interaction during a pandemic.

State Rep. Joe Deshotel, D-Beaumont, ended the first week of the Texas Legislature’s 2021 session with a positive COVID-19 test. He let the colleagues who’ve been in close quarters know that he’s feeling fine, but also flagged them on his infection.

And maybe infections of their own. State Rep. Michelle Beckley, D-Carrollton, sits directly in front of Deshotel on the House floor, close enough for discomfort in times like these. She was wary enough of the coronavirus to stay home on the first day of the session, but attended Wednesday and Thursday, and now, in the wake of Deshotel’s news, is tweeting that she’ll self-quarantine for 10 days.

Only 19 weeks left until this regular session is over.

The Texas House isn’t requiring members to be tested before they enter the House Chamber — the floor, they call it — for business. The company line, offered by House Speaker Dade Phelan and by state Rep. Todd Hunter, R-Corpus Christi, as he led the debate over new House rules, is that until tests are available in the state’s schoolhouses or courthouses, they shouldn’t be required in the Texas House.

Parts of this are like any workplace, with executives — officeholders — in their own offices and staff members often sharing an attached common space. In ordinary times, visitors — constituents, lobbyists, food delivery services — are in and out of the offices.

During a legislative session, the Capitol is a bustling place, with different House and Senate committees in session, hearing from dozens of witnesses in front of sometimes-overstuffed rooms of spectators. The cafeteria is a busy oasis for the political and legislative animals who gather to eat, talk, laugh, holler, shake hands, hug and share information.

It’s built for a kind of transmission, for the movement of ideas and arguments and debate. And it is very fertile ground for a contagious virus like the one that has ravaged the world for the last year.

State officials are trying to be careful, without looking too paranoid or seeming to care more about their own health than they care about yours. With those things in mind, it’s natural that their precautions are full of holes.

While the public comes through a ground-level door to get into the Capitol — a visit preceded by a quick COVID-19 test in a tent outside — most of the people who work in the building park in an underground garage and can skip that public health speed bump.

“Testing for COVID-19 is left to the discretion of each House member and individual,” Phelan wrote in a Friday memo to members. Testing, he noted, is available in a legislative office building near the Capitol or at the entrance where the public is tested.

The standard for getting into the Senate is higher, at least with regard to the coronavirus. Anyone entering that chamber has to have been tested first. When we get to the part of the session when House members begin visiting the Senate — and vice versa — the difference in testing protocols could get interesting.

Most of the people who work in the Capitol don’t work in the chambers. They’re in offices and cubbyholes throughout the building, some taking tests, some not, a few of them vaccinated, most of them not, all of them prepared for the long, long hours of work that make up a 140-day regular session of the Texas Legislature.

That works pretty well when you’re not in the middle of a pandemic. They can’t shut it down and do the things a government is supposed to do. It’s hard to keep people out and still pretend to be representing constituents who are unseen and unheard. And it’s difficult to argue that schools and businesses should stay open if they close their own building, or to get the vaccinations or treatments that aren’t widely available to everyone else.

The Texas Tribune is a nonprofit, nonpartisan media organization that informs Texans — and engages with them — about public policy, politics, government and statewide issues.
Stay on top of San Antonio news and views. Sign up for our Weekly Headlines Newsletter.