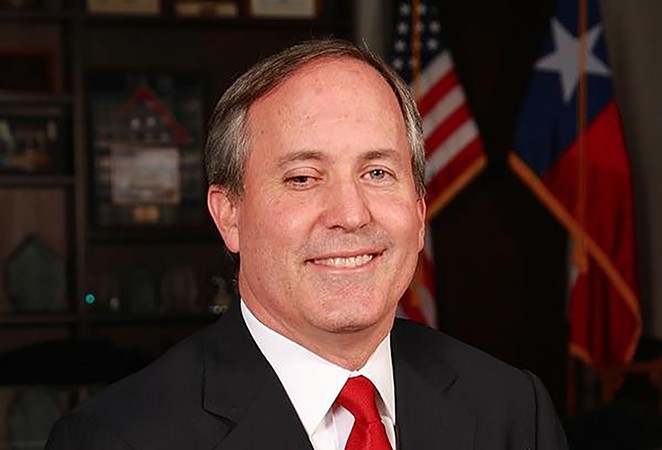 Buckle up, Texas, we're in for a litigious ride.

Moments after Democratic President Joe Biden was inaugurated Wednesday, Texas Attorney General Ken Paxton tweeted a statement pledging to use the courts as a "major check against the administration's lawlessness."

“I promise my fellow Texans and Americans that I will fight against the many unconstitutional and illegal actions that the new administration will take, challenge federal overreach that infringes on Texans’ rights and serve as a major check against the administration's lawlessness,” wrote Paxton, a Republican.

During his tenure, the hard-right AG has relished partisan courtroom fights. Indeed, they've been as much a part of his political persona as his personal legal tussles over a five-year-old securities fraud indictment and more recent reports that he's under FBI investigation for bribery and abuse of office.

For those who haven't been keeping up, Paxton is leading the controversial battle to overturn the Affordable Care Act in the U.S. Supreme Court. He also filed a last-minute petition asking the high court to reject Biden's election victory. Justices refused to hear his election suit, which was widely decried by legal experts as a baseless publicity stunt.

Since being elected AG in 2015, Paxton has also locked legal horns with civil rights groups over his efforts to stymie same-sex marriage, shut down the DACA program and block refugee resettlement in the state.

"This does nothing to improve the lives of Texans," he added. "It only feeds campaign war chests/personal legal funds while these lawsuits steal from the mouths of hungry Texans."