By Duncan Agnew and Bryan Mena, The Texas Tribune 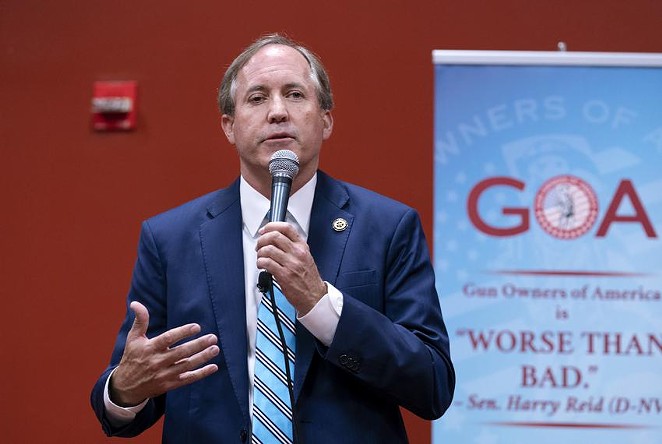 After major technology and social media companies this month banned former President Donald Trump from their platforms and dumped conspiracy peddling accounts and the app Parler over their respective roles in inciting the deadly siege on the U.S. Capitol, Texas Republicans portrayed the moves as discrimination against GOP voices.

But many lawmakers did so without acknowledging or decrying the role Republicans and social media played in stoking the baseless conspiracies that fueled the insurrectionists’ vicious anger at the outcome of a free and fair election.

Much of the Texas GOP’s post-siege rhetoric depicts the technology and social media companies’ moves as the “censorship of conservatives,” even though the actions were in response to credible evidence that communications were inciting violence. And legal experts agree that these tech companies are exercising their full legal rights to moderate anything on their platforms. That means some GOP politicians’ vows to take legal, congressional and legislative action now put them in the rare position of advocating for something they typically oppose: more regulation of companies operating in a free market.

Beleaguered Texas Attorney General Ken Paxton, a fervent Trump loyalist who attended the rally that preceded the attack on the U.S. Capitol, even issued civil investigative demands last week to five tech and social media firms, including Facebook and Twitter.

“The seemingly coordinated de-platforming of the President of the United States and several leading voices not only chills free speech, it wholly silences those whose speech and political beliefs do not align with leaders of Big Tech companies,” Paxton said in a January 13 news release.

“The public deserves the truth about how these companies moderate and possibly eliminate speech they disagree with,” Paxton said.

Following the violent riot at the Capitol, Paxton claimed on Twitter that the mob consisted of “antifa thugs” rather than Trump supporters. FBI assistant director Steven D’Antuono refuted that claim during a news conference, saying that the agency has “no indication” that antifa had anything to do with the violence.

After filing a long shot lawsuit seeking to overturn the election results (which the U.S. Supreme Court quickly rejected), the Texas attorney general has continued to peddle baseless claims of election fraud. He has not acknowledged any personal role in sowing doubts over the election results among far-right fringe groups. Instead, he has used recent days to launch an attack on social media companies.

Trump repeatedly advertised the “Save America” rally for January 6, the day Congress was slated to formally certify the election results, on his Twitter account. He also attacked the results of the election — despite his own Justice Department’s findingthat there was no evidence of widespread fraud that would have changed the outcome — during his speech to the crowd that day.

“If you don’t fight like hell, we’re not going to have a country anymore,” he told his supporters, just before many of them broke into the Capitol.

Facebook, Twitter and other tech corporations have faced criticism in the past for allowing their platforms to be used to sow misinformation and propagate violence, mostly from Democrats. Democratic lawmakers last year got little traction with a bill in Congress that would have held social media companies accountable for the “amplification of harmful, radicalizing content that leads to offline violence.”

The tech companies most recently explained their removal of Trump’s accounts in his final days in office by citing concerns that his false claims of election fraud may possibly incite more violence. Other accounts and hashtags like #StopTheSteal that glorified violence or promoted QAnon conspiracies have also been purged by various sites.

“We faced an extraordinary and untenable circumstance, forcing us to focus all of our actions on public safety,” Twitter CEO Jack Dorsey said of the platform’s decision to ban Trump. “Offline harm as a result of online speech is demonstrably real, and what drives our policy and enforcement above all.”

The Washington Post reported that since Twitter and other social media platforms suspended the president’s accounts, online misinformation about election fraud has dropped 73%, according to San Francisco-based research firm Zignal Labs. Social media mentions about voter fraud plummeted from 2.5 million to just 688,000 in the week after Trump’s removal from Twitter.

Parler, Paxton and freedom of speech

Meanwhile, Apple, Amazon Web Services and other companies also severed ties with the app Parler due to its role in failing to address right-wing conspiracy theories and calls for pro-Tump violence on its platform. The app and website served as a social media forum for groups of far-right extremists and QAnon conspiracy theorists.

After the Capitol siege, ProPublica recreated the scene by aggregating thousands of videos uploaded to Parler showing the pro-Trump mob breaching the walls of the Capitol. On Tuesday, CNN reported that Parler was partially back online with the help of a Russian-based tech company. However, the platform remains mostly unavailable for its millions of users.

On Thursday, the Democratic chairwoman of the House Committee on Oversight and Reform requested that the FBI launch a “robust examination” of Parler’s role in the Capitol siege and the site’s apparent ties to a Russian firm.

Despite the recent violence at the Capitol and an accompanying string of arrests, Texas Republicans have continued to focus on the threat they believe “big tech” poses to freedom of speech.

In a January 9 statement, Republican Lt. Gov. Dan Patrick condemned the violent siege of the U.S. Capitol by Trump supporters and took a swipe at tech companies, but stopped short of implicating Trump himself in the attack. Patrick chaired Trump’s reelection campaign in Texas.

“Enough of allowing Big Tech – Twitter, Google, Facebook and Apple — to silence our freedom of speech,” Lt. Gov. Dan Patrick wrote in a January 9 news release. “We cannot let this happen. It will lead to more anger. And enough of all the hate on social media toward those who have a different opinion than we do.”

Legal experts, meanwhile, point out that the First Amendment — which protects free speech — only prohibits government censorship. That leaves private companies to choose their own protocols.

“From a First Amendment perspective, social media companies are private actors and aren't subject to the First Amendment,” said Scot Powe, a professor at the University of Texas School of Law. “So it's a matter of constitutional law. They can be as biased as they want in any direction they choose.”

“Big Tech is increasingly wielding their power and market dominance to silence conservative voices, and we need to put an end to it,” Van Duyne said on Twitter.

Van Duyne was one of 17 Texas Republicans in Congress who voted to contest the electoral votes from at least one of the states Trump lost in November. She decried the violent insurrection at the Capitol in a Jan. 6 Twitter thread, “imploring President Trump to send a clear message by denouncing this sickening violence.”

“Please join me in sending a clear message to those in Silicon Valley: If you’re going to censor conservative voices, we don’t want your money,” Van Duyne said in a January 15 news release.

Many Republicans’ ire after the Capitol siege has been aimed at a part of the 1996 Communications Decency Act that establishes tech companies as private platforms instead of publishers.

That decades-old law reaffirms the ability of private firms to regulate content as they see fit. And Section 230 of the act protects media companies from legal liability for what their users post. Many Texas Republicans were eyeing a repeal of the section even before the Capitol siege, the cancellation of a sitting president’s social media accounts and Trump’s second impeachment.

“Section 230 gives every company the freedom to do what it wants,” Stanford Law School professor Mark Lemley told the Tribune. “It can moderate or not. And it can decide what to moderate in ways that favor some speech over others. Facebook bans nudity, for instance; other sites don't.”

But since Twitter banned Trump, Texans in the GOP have taken to social media to renew their criticisms of Section 230.

U.S. Rep. Lance Gooden, R-Terrell, wrote in a January 7 tweet that Section 230 has allowed “Big Tech to SILENCE the leader of the free world.”

But experts say the basic legal rights of private media corporations allow them to remove content or user accounts, and Section 230 only goes an extra step to protect such companies from lawsuits over what their users post.

Gooden objected to Congress’ certification of some of the Electoral College votes that gave President Joe Biden the victory over former President Trump. Following the Capitol riot, Gooden condemned the violence on Twitter, but he has continued to back Trump’s false claims of election fraud while opposing Biden’s “radical agenda.”

Gooden’s staff did not respond to a request for comment from the Tribune.

The fight in the Texas Legislature

“I’ve asked my staff to start drafting legislation to prohibit the use of tax dollars to purchase @Apple products,” Cain tweeted last week — from an Apple iPhone, according to the tweet. “I hope legislators in other states will do the same.”

In a statement to the Tribune, Cain said he enjoys using Twitter and Facebook, but he believes that such companies “unfairly target conservatives” and should not benefit by receiving any tax dollars through government contracts. While using his social media accounts to promote this legislation over the last week, Cain has not condemned the Capitol riot in any of his postings.

Cain’s staff did not provide any further information about the details of Texas government contracts with Apple, including how much money the state’s many independent agencies may pay the company.

State Sen. Carol Alvarado, a Houston Democrat, said such a law banning tech contracts with the government would only disrupt the operations of the state government and create unnecessary difficulties with technology. She added that proposing the kind of law that Cain envisions would distract from the real problems that Texans are facing every day.

“I don’t see that people are demanding that we do something about this,” Alvarado said. “People want us to fight the virus and to get our economy going again. I hope that people from both sides would focus on those issues and not a solution that’s looking for a problem.”

Disclosure: Amazon Web Services (AWS), Apple, Facebook and Google have been financial supporters of The Texas Tribune, a nonprofit, nonpartisan news organization that is funded in part by donations from members, foundations and corporate sponsors. Financial supporters play no role in the Tribune's journalism. Find a complete list of them here.