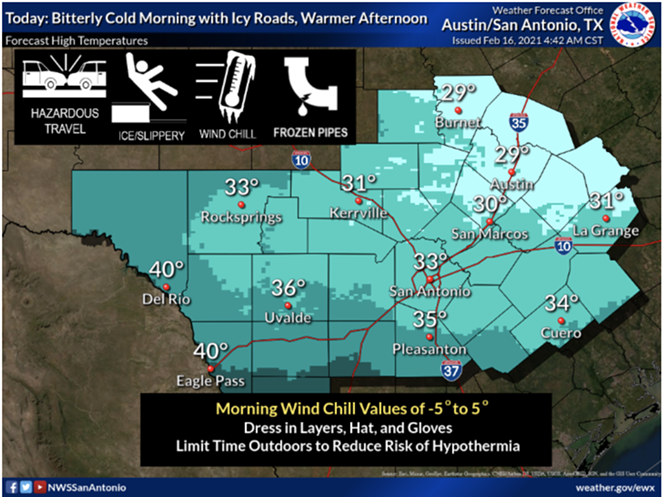 During a news conference, City Manager Erik Walsh announced that the city will open the Henry B. González Convention Center as a warming center for residents at 5 p.m. Tuesday. Elderly people and families with children will be given top priority.

There will be room for 500 people, though that capacity may increase, officials said.

"We expect another storm to hit tonight and we must be prepared to cope with power outages for at least another day if not longer as we are told by CPS," Mayor Ron Nirenberg said in the news conference.

"Today the city is opening a warming center for residents who lack power and need a warm place to stay," he continued. "If you have a medical emergency and lack power, you can call 911."

VIA Metropolitan transit will assist with transportation to the convention center from 4:30-7 p.m. Tuesday evening. Pickups can be scheduled by calling 311.

Those that drive themselves will be able to park at the Hemisfair Garage for free, officials said, though they warned that roads are treacherous.

“We’ve experienced about three times as much load-shed requests from ERCOT as we’ve ever seen before,” said Rudy Garza, CPS’s interim chief engagement officer. “The peak was right around 372,000 customers.”