Climate change will drive up energy use in Texas and beyond

By Amal Ahmed, The Texas Observer 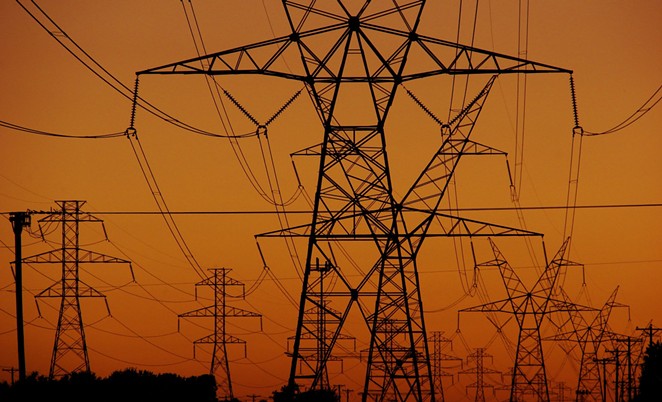 When the summer heat peaks in Texas, the familiar hum of air conditioners across the state grows a little louder, and the demand for electricity on the state’s grid shoots up. On Monday, as temperatures soared past 100 degrees across the state, the grid reached a new record demand: 74,531 megawatts of electricity in one hour. That beat last year’s record—which was set during the state’s fifth hottest summer on record—by 1,000 megawatts, the equivalent of powering 200,000 homes for the day.

This strain on the system prompted the Electric Reliability Council of Texas (ERCOT), the state’s grid operator, to issue an emergency alert urging customers to reduce their electricity consumption during the hottest part of the day. The state’s grid has the lowest reserve margins, or extra supply, out of any grid system in the United States this summer. If customers had needed more electricity than predicted, there wouldn’t be much room for error, and ERCOT might have needed to initiate rolling blackouts to prevent a larger, more dangerous power outage.

“These changes are pretty substantial,” Ian Sue Wing, one of the paper’s authors, told the Observer. “They’re going to happen within the lifetime of young people now.”

In fact, those changes are already happening here and now. On 2019’s hottest day, Texans used nearly 10,000 more megawatts of electricity than a decade ago. Summer peak demand has grown at a rate of about 1.6 percent per year. The city of Dallas experienced 97 hot days per summer (defined as a day over 90 degrees) in the year 2000; today, that number has risen to 106. The Climate Impact Lab estimates that by 2050, it’ll be 124 days — the equivalent of four months. In San Antonio, that number could top out at 150 days by midcentury. That’s longer than the official length of summer in the Northern Hemisphere.

It isn’t just hotter summers driving up energy demand in Texas: By 2050, the state’s current population is expected to double to nearly 50 million. More people means more homes and apartments that need to be cooled off. Nearly half of Texas’ peak summer demand comes from residential use; Joshua Rhodes, a research associate at UT Austin’s Energy Institute, has found that the majority of energy demand in Texas is due to air-conditioning.

An important caveat of the research published in Nature Communications is that while demand for electricity may go up, there’s no guarantee it will be met with increased supply from new power plants and transmission lines, Wing says. In the worst case scenario, that could mean rolling blackouts or even large-scale power outages, particularly in poorer regions of the world where the infrastructure might be substandard.

In Texas’s deregulated market, private companies can sell residential customers an electric plan directly. That means that ERCOT operates the state’s grid but doesn’t control the supply of power—only the capacity to connect new power plants to the grid and the customers it serves. Building those plants, whether that’s wind farms in West Texas or natural gas plants fueled by Permian Basin oil and natural gas, is largely left to market forces set by the state’s Public Utility Commission.

Understanding demand is still a key part of making sure that the grid functions and that the lights will turn on at any given moment. That’s why ERCOT creates complex models that include factors such as the increase of new technologies like electric vehicles and smart thermostats, more energy efficient structures, and predicted population growth and economic activity to determine future demand and the related infrastructure needs. And what these models have found is a steady uptick in demand, year after year.

But when it comes to weather, ERCOT’s models aren’t so future-facing. The agency’s 2019 planning report states that it used weather data from 2003 to 2017 to create a forecast through 2028. “The [model] is built off of what we consider to be an average weather condition,” says Warren Lasher, ERCOT’s senior director of system planning. “There’s not a process in that modeling exercise where we say, ‘This is what we’ve seen over the last 15 years, but we specifically expect something different to happen over the next 15 years.’” In other words, the models don’t take into account the climate models that Wing’s paper relies on, ones that predict a much hotter world.

The data ERCOT relies on does include a particularly rough year for Texas: 2011, a record-breaking hot, dry year across the state. Rhodes, the UT researcher, says that year is an important and useful benchmark for near-future predictions. “But with climate change,” he adds, “that may become a normal year, which means that a peak year will be even worse.”

The average Texan might not be able to influence the complicated system that governs the electric grid, but every resident in the state does control a small slice of electricity demand. Residential buildings account for 30 to 40 percent of greenhouse gas emissions globally, Juliana Felkner, a professor at UT Austin’s School of Architecture, says, and Texas leads the nation in residential energy use.

“Individuals have more power than we think,” Felkner says. “If everybody decided to turn up their thermostat just a few degrees, and still be comfortable, you could have huge [energy] savings.” And as cities grow, planners can encourage smaller, higher density housing, which requires fewer resources per person to cool compared to sprawling suburban homes.

Reducing per-capita energy consumption is important, but to stave off the worst effects of climate change, larger systemic changes will be crucial. The irony is that increased demand for electricity likely results in more greenhouse gas emissions—only intensifying the heatwaves that will come in the future. While Texas leads the nation in wind power, most of the state’s demand is met by natural gas. “The intensity of our emissions — [carbon dioxide] that’s emitted for every megawatt hour of electricity — have been going down as we put more solar and wind on the system,” Rhodes said. “But in the end, the climate only cares about the total tons of CO2 that make it into the atmosphere.” And increasingly, that’s the thing all humans will have to care about too.