Analysis: A winter storm leaves Texas with a black eye 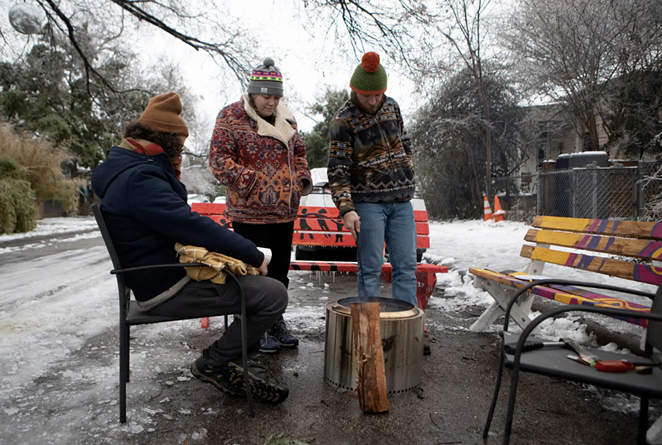 Texas got close to the brink this week, as bad weather, inadequate preparation and weak leadership left millions without electricity and water, endangered in a prosperous state that ought to know better.

The toll has been awful. At one point, more than 4 million households were without power, and as many as 13 million people were in places on Thursday afternoon where tap water, if it was even available, wasn’t safe until it was boiled for two minutes. Unlike a summer peak in energy demand, electrical generators were competing for natural gas with regular folks, many of whom use gas to heat their homes. And the public health effect — the number of people hurt, sickened or killed by the storm, hasn't been measured.

In a state where widespread snow and ice is infrequent, the dangers of getting out on the roads blocked normal reactions to the utility troubles. Many people couldn’t travel to warmer, safer refuge or to grocery stores or to get the COVID-19 vaccines they had struggled to schedule.

It could leave a lasting bruise on the Texas exceptionalism political and business leaders like to brag about. What happened over the last four or five days, as the state became the subject of national and international pity and head-shaking, could undo years of economic development promotion, corporate relocation work and tourism campaigns.

It makes it a lot easier on the competition. Who wants to go to a failed state? Sure, there is no income tax. But we're rationing gas, turning off electricity for millions of households and boiling water so it doesn't poison us. Austin even closed a hospital and moved the patients when they couldn't rely on heat or water.

The light regulation here has been a key part of the business pitch. But the dark side was showing this week in the failures of our basic infrastructure.

Electricity here is cheaper than many other places, and it works, most of the time. But at some point, the corners we cut to keep electricity prices low turn into reliability problems. The cost-cutting shows up in the quality of the product. And the product, when it comes to infrastructure, is critical to the quality of life and the economy.

It's a great state with a faltering state government. The political people running things too often worry more about their popularity than about their work. Too many of them are better at politics than they are at governing. And governing is the only real reason any of the rest of us have any interest in them.

Next week, temperatures will warm and legislators can take off their mittens and start waggling their fingers at House and Senate committee hearings, a customary act of umbrage and self-preservation that directs our attention to potential bad guys and away from the current and former legislators who set the policies that helped put us in this position.

ERCOT’s board and executives will be in the spotlight, now that Gov. Greg Abbott has flipped that switch. Some of the electricity generators who weren’t able to provide the power expected from them this week will be on hand. Electricity retailers who actually decide which (and whose) power stays on during a partial blackout will be there. The governor’s three appointees to the Public Utility Commission, which oversees electricity regulations, will be there, probably joined by the Texas Railroad Commission’s three elected members. The RRC regulates the oil and gas industry.

Expect a real show. All of the shaming and blaming could even make some of us feel better.

But the end of that show is the wrong time to stop paying attention; it’s the time to start. The Legislature, presented with a similar situation after a freeze knocked out power to 3.2 million Texans in 2011, faced the same set of questions then that it faces now. Their inaction then set the stage for what happened in Texas this week.

As they did then, lawmakers will decide whether to do something. They might order the companies that generate and transmit electricity to secure their systems against weather like this. It’s not tricky technology — it’s in use in the parts of the country that are accustomed to harder winter weather than we saw this week. But it can be expensive, which is one big reason Texas doesn’t require it.

That’s one of the pressure points here: Whether it’s better to keep prices cheap — cutting out sometimes necessary costs like weatherization — or to require those things so Texas doesn’t leave millions of homes and businesses out in the cold like it did this week.

State lawmakers and regulators cut a corner, saving millions for some of the really large users of electricity — manufacturers, chemical plants and other large enterprises — to keep the ones that are already here happy, and to attract new ones, complete with jobs, that aren’t in Texas yet but might be interested in coming here.

Low energy prices attract business, and Texas has made a name for itself as a fast-growth, pro-business state.

Lawmakers have a fresh chance to decide whether cutting this particular corner, swapping light regulations and low energy costs for the risk of leaving Texans exposed to the harshest winter weather, is worth it.

If the public keeps paying attention, it’s probably not. If the public leaves the details to legislators and the usual crowd of special interests, the state might do what it did last time: Waggle those fingers, write a report and put the matter away until it gets cold again.