Analysis: Texas failed in a storm, again. Will we be ready next time? 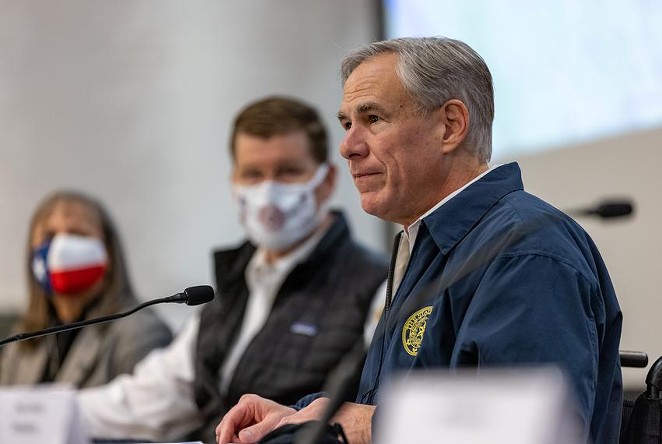 ERCOT, the state-controlled electric grid operator taking most of the initial blame for widespread blackouts and for all of the attendant misery over the last week, answers to the Public Utility Commission of Texas.

The governor appoints the members of the PUC, and names which of the three of them will be chair. The state’s utility regulators are operating according to laws written and approved by the Texas Legislature.

If Gov. Greg Abbott really wants to find out what’s going on with the state’s electric regulators, he could start in his own office, in his own executive branch of state government, by shouting down the hall: “Hey, y’all, come in here and tell me what the hell is going on.”

Abbott himself might not have been paying close attention to electricity and water and gas a couple of weeks ago, but the people who are paid to pay attention report to him.

It might be that some of the people in his chain of command — staff, regulators or both — made mistakes and errors in judgment that contributed to the state’s weather, electricity, water and gas fiasco last week.

But that’s all detail. All roads here lead to the governor’s office and to the Legislature. We elect them to appoint and hire everybody who was responsible for trying to keep us safe when things go wrong and to keep things from going wrong whenever that’s possible.

And as the inquiries into those failures of preparation and response begin this week, remember that the investigators themselves — the governor and the Legislature — are also among those responsible for what happened. You know, the subjects of the investigation.

They’ll be grilling regulators and electric generators and utilities, as well they should, but the buck stops in the big, domed Pink Building where most of the elected officials work.

Heads will surely roll, and smaller heads farther down the organization charts always roll before the big heads do. People you’ve never heard of, or who you hadn’t heard of two weeks ago, will lose their jobs. They should.

It’ll be interesting to see whether lawmakers in the House and Senate who have promised to look into this will actually get to the reasons there wasn’t enough electricity to power Texas through a big storm, why the generation they expected wasn’t there, why the decisions to blackout this part of town and not that part of town were made — and who made them, how and why water utilities got pulled into this and why this kind of widespread breakdown doesn’t happen in other states where the storms are harsher, colder and longer.

It will be interesting to see whether proposals that legislators ignored after winter blackouts in 2011 would have prevented what happened in the second month of 2021. And whether legislators are willing to do now what they were unwilling to do then, either ordering the industry to pay for it or subsidizing the industry to make the necessary changes and preparations.

Earlier this week, former Gov. Rick Perry, a conservative Republican who encouraged, oversaw and promoted the state’s nation-leading expansion of wind-generated electricity, said during the freeze that Texans were willing to go through something like that to keep federal regulators out of the state.

“Texans would be without electricity for longer than three days to keep the federal government out of their business,” Perry said. “Try not to let whatever the crisis of the day is take your eye off of having a resilient grid that keeps America safe personally, economically, and strategically.”

Some of the Texans who went days without power, and especially those who lost loved ones, will want to have a say about that proposition, to let the rest of us know whether they really hate federal regulation so much they’d rather flush their toilets with snow.

After the 2011 storm, some recommendations were adopted and some were ignored. Buttoning up the system to keep it operating in freezing winter weather obviously didn’t get done, among other things. The state didn’t have the reserve capacity, and from the right kinds of generation, to meet the needs.

Texans are steaming mad about the results, and they’re mad at the people they elected. The state’s high officials had a chance to prevent a lot of this trouble after the 2011 freeze.

And now they have another one.