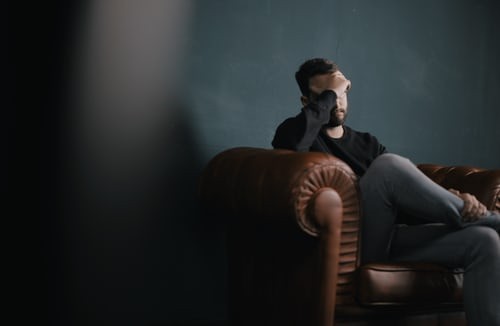 There is no good time for a pandemic, but COVID-19 hit the United States as a public health crisis was well under way.

The novel coronavirus has exacerbated already rising death rates among Americans in the prime of their lives, a new report concludes. Especially hard-hit are racial minorities and people of all races with low incomes and a high school education or less.

The report, released March 2 by the National Academies of Sciences, Engineering and Medicine, provides the most comprehensive look at premature deaths in the United States to date. A picture is emerging of how the interplay of known and often preventable risk factors, including rising rates of opioid overdoses and obesity, is contributing to declining U.S. life expectancy (SN: 12/21/17).

Since the 1990s, drug overdoses, alcohol abuse, suicides and obesity-related conditions have resulted in the deaths of nearly 6.7 million U.S. adults ages 25 to 64, a 12-member committee finds. Mortality rates from those causes tended to accelerate in the 2010s. Aftershocks of the sharp economic recession in 2008 may have contributed to that development, the report suggests.

“This is a public health crisis that isn’t getting better, and in some ways is getting worse,” Kathleen Mullan Harris, a sociologist at the University of North Carolina at Chapel Hill and chair of the committee, said during a March 2 webinar to discuss the report.

The report shows that declining life expectancy among racial minorities and working-class white people before the pandemic “set the stage for the challenges we saw during COVID-19,” says epidemiologist Sandro Galea, dean of Boston University School of Public Health. Galea assisted in the peer review of the committee’s analysis.

People with underlying health conditions — often the very conditions driving the trend of premature deaths — have been especially vulnerable during the pandemic. For instance, studies have found that obesity creates a substantial risk for hospitalization and death following a coronavirus infection (SN: 4/22/20). And federal data cited in the report reinforce that the virus has not affected all groups equally. From January 1, 2020, to January 9, 2021, 4.3% of all deaths among working-age white residents involved COVID-19. That figure reached 10% for Black residents, 21.4% for Hispanics, 14.2% for Native American groups, 13% for Asians and 16.1% for Hawaiians and other Pacific Islanders.

Though COVID-19 is currently a leading cause of death, what prompted the new report was the fact that U.S. life expectancy had dropped for three years in row starting in 2015. Harris’ team analyzed data on mortality of working-age people in the United States from 1990 through 2017, as well as reviewing research on social trends related to disease and death.

Cardiometabolic diseases, including diabetes, high cholesterol, obesity, high blood pressure caused by heart disease, narrowed heart arteries and stroke, led to more than 4.8 million premature deaths, a trend that accelerated after 2010. While the mortality rate from these causes for Black people varied over the study period, at times dipping, it consistently remained twice that of white and Hispanic people, the report found.

Many cardiometabolic deaths resulted from obesity-related conditions, Harris said. Young adults, especially in the South and in rural areas, showed the largest increases in obesity-related deaths. The research suggests that those individuals typically had unhealthy diets and lacked safe, open spaces for exercise throughout their lives, Harris said.

Drug overdoses and alcohol-related conditions caused more than 1.3 million deaths among working-age people from 1990 to 2017. Mortality from drug overdoses rose consistently in every state, especially in Appalachia, New England and parts of the Midwest ravaged by industrial job losses.

This epidemic of drug overdoses stemmed from increasing availability of prescription and illegal opioids combined with a growing demand for drugs to ease physical and mental pain, the report says. Many overdoses may reflect despair and hopelessness among people who have lost jobs and have little education (SN: 11/2/20). But little research has explored that possibility, Harris’ group adds.

Working-age deaths from suicide totaled 569,099 from 1990 to 2017. Suicide rates increased mainly among white people, especially white men, and in rural areas. Financial distress, increasing foreclosures and losses of support from community and religious institutions likely contributed to those trends, the report concludes.

Harris and her colleagues recommend a range of policies to counter these mortality trends. Suggestions include obesity prevention programs targeted at young people, improved access to treatment for substance abuse and mental health problems, and exploration of ways to reduce racial disparities in health and mortality.

In the short run, policy makers should prioritize efforts to restrict harmful access to prescription opioids and to stop the flow of fentanyl and other illegal opioids into the country, says sociologist Andrew Cherlin of Johns Hopkins University, who also helped in the new report’s peer review. “In the long term, the best policy implication is to revive the economies in rural America,” Cherlin says.