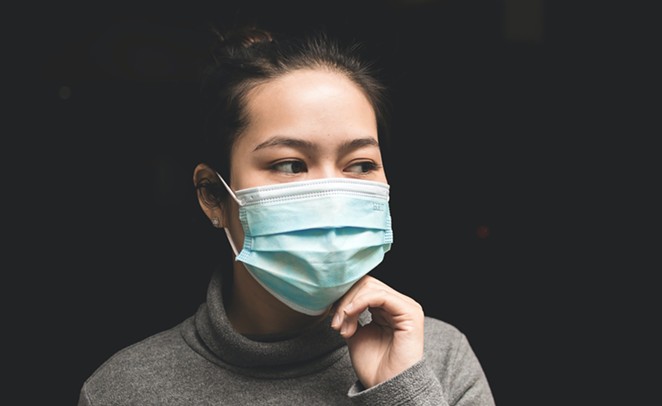 In the wake of Gov. Greg Abbott lifting the statewide mask mandate, Bexar County and University Health System are uniting to encourage Alamo City residents to share via social media why they're still masking up.

"It's important to reiterate this whole effort, because we understand this is going on for a long time, and folks don't particularly enjoy running around with a mask," Bexar County spokesman Tom Peine said of the campaign unveiled Monday. "But it's something that is necessary, that we need to do to protect ourselves and protect each other."


The campaign encourages Facebook, Instagram and Twitter users to post a photo or brief video of themselves wearing a mask and include a caption saying why they wear one. The campaign also asks that they challenge three friends to participate.


The partnership between the county and hospital district came about when they were both working on similar campaigns to encourage mask use. Even though COVID-19 vaccination rates are rising, Peine said the fight against the virus isn't finished.


"Wearing a mask is important until this pandemic is over. It's a marathon, not a sprint," he added. "We're still in this situation, and it's important to continue and be vigilant and be concerned for the safety of others."