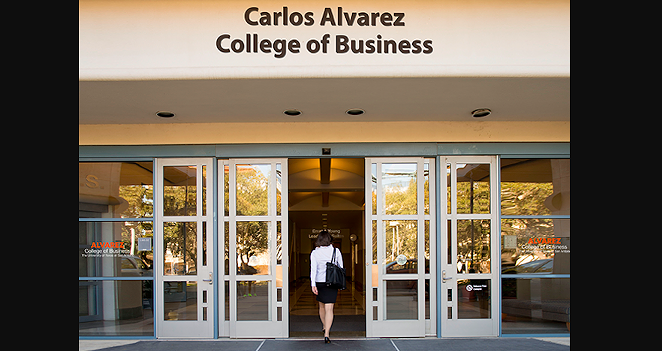 The University of Texas at San Antonio's College of Business has received a $20 million philanthropic gift from the founder of a San Antonio-based beer importer.

The donation by Carlos Alvarez, founder of the Gambrinus Company, and his wife Malú will fund research programs and endowed faculty positions for the campus. In light of the gift, UTSA's business school will be renamed the Carlos Alvarez College of Business, marking it the first named college at the university.


“We are very proud to support UTSA and its outstanding students, many of whom — like me — are first-generation Mexican Americans,” said Carlos Alvarez, who also co-chairs UTSA’s Campaign Leadership Council. “I was compelled to make this gift to the College of Business and support the largest business school in San Antonio, where I built my own business.”

The couple has made more than $7.4 million in prior contributions to UTSA, gifting college endowments and scholarships under their names. In recognition, one of the university's dorms was named the Carlos and Malú Alvarez Residence Hall in 2015.

“The Alvarezes’ generous gift will have a profound impact on the university, our students and our community, because it truly is an investment in the future entrepreneurs and business leaders of San Antonio and Texas,” said Kimberly Andrews Espy, UTSA provost and senior vice president for academic affairs.

Carlos Alvarez, who moved to the Alamo City from Mexico in 1986, founded Gambrinus, which became the main American importer for the Grupo Modelo beer brands, including Corona Extra. The company also markets Shiner Beers.

In 2010, Alvarez was inducted into the Texas Business Hall of Fame and received the Ellis Island Medal of Honor the following year, which honors immigrants who contribute philanthropically to improve communities.